Almost every time Marvel releases a new comic or movie, it immediately becomes a hit. A big hit, to be precise. Marvel fans and non-fans alike swarm to the cinemas to catch the latest Marvel movie because “Oh gosh, you’ve gotta catch this!” and “Remember to stay till the after-credits; we need to discuss this!”. Now, although Marvel is largely fictional, we are starting to see some parallels between the two universes – ours and the Marvel universe. And this transcends how Marvel showcases where science and technology is heading towards, like Star Trek did since 1966. Iron Man, for instance, cleverly portrayed the use of augmented reality for screens as we see in Google Glass, or voice recognition technologies as we see in Siri or other softwares, way before these technologies were actualised. And since Marvel has given the real world much inspiration from before, we thought it’d be a good idea for the real world to give back to Marvel. After all, every hero has its weakness. Today, we explore some of the current lifelogging technologies that could possibly come in handy for some of the Marvel heroes. 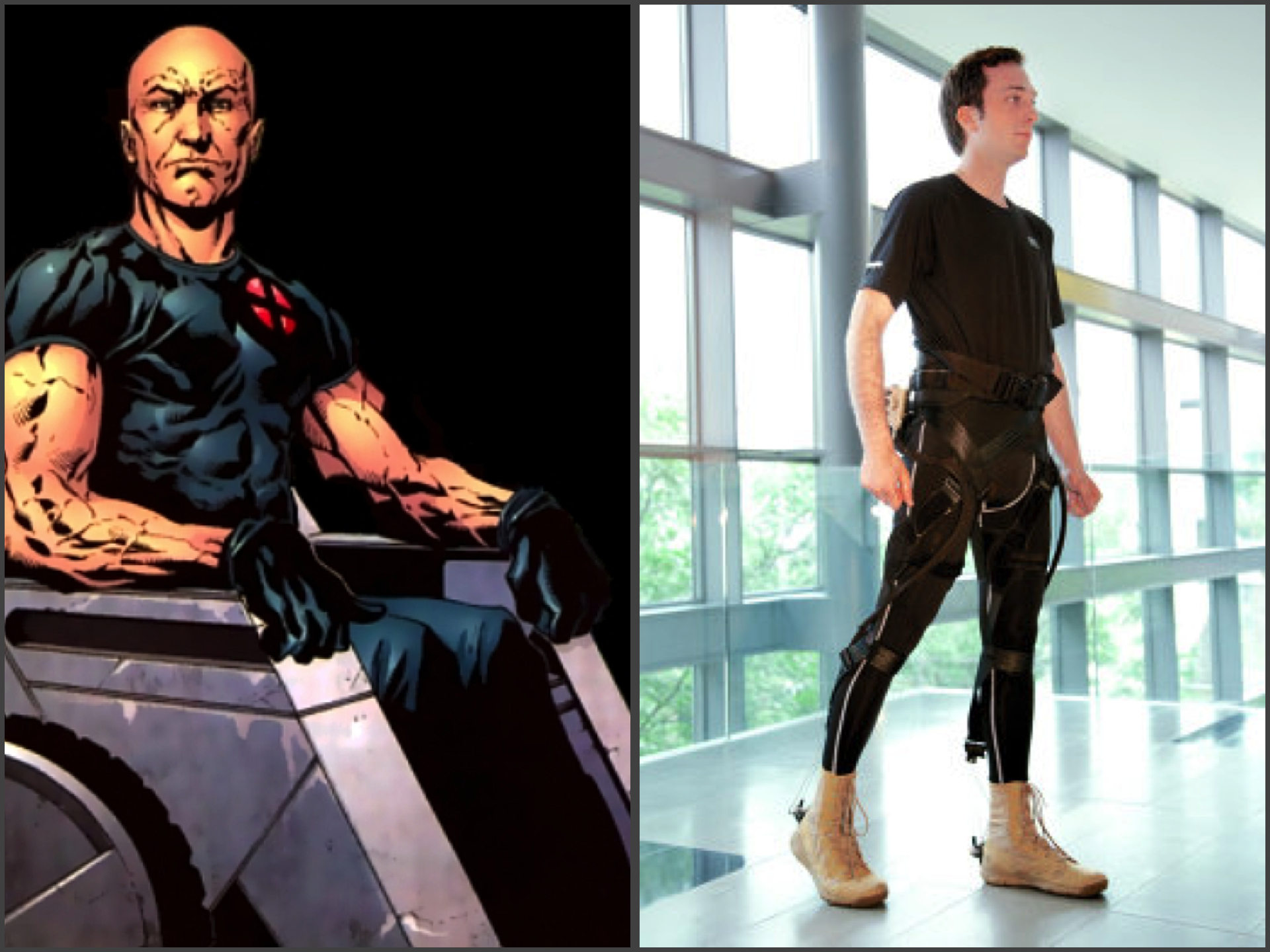 Lifelogging brings with it the possibility of acquiring personal data with wearable tech devices. And here’s one example that could take our dear Professor X out from his wheelchair. On the right of the picture above, you’d find a wearable robotic suit designed by Harvard genius Conor Walsh. With this piece of technology that is worn from the waist down, users would find an added power of up to 20% manifesting itself as a gradual force in their leg muscles as they move. This could pose significant advantages for people who need to deal with heavy loads, or who have difficulty walking because of arthritis or stroke. According to Fast Company, the largest challenge thus far is to make the suit light enough for users to wear. Since its inception, this challenge has been inching towards greater success as it now weighs only 6kg, with most of the weight being due to its battery, which is supported at the waist. Oh, just imagine the things that Professor X could do if he could walk!

SEE ALSO:  This week in lifelogging: compressed time-lapse, mapping for Google and tracking with a second skin

Read more: A Wearable Robot Suit That Will Add Power To Your Step 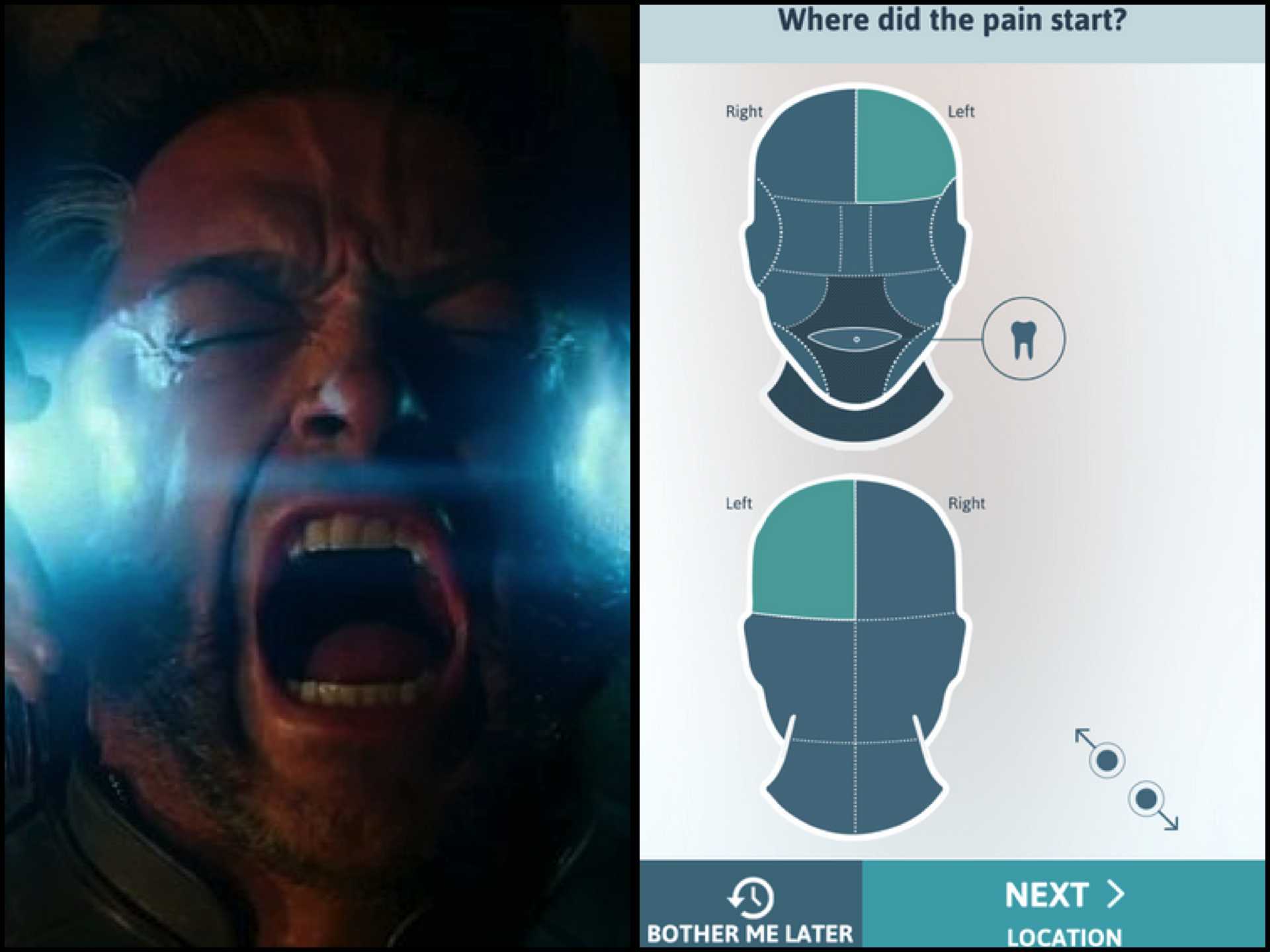 In X-Men: Days of Future Past, I believe many of our hearts almost stopped when Wolverine had difficulty controlling his mental state as he existed in the present while traveling back to the past to alter certain events. As it is with the real world, I believe many of us, like Wolverine, have had days when we simply cannot control our mental states because of a horrible thing called migraine. Even though many things exist out there to reduce the discomfort of a migraine (caffeine, migraine sticks and acupressure have worked for some people), accurate tools to discover the root cause of migraines and subsequently prevent them are rare. The Migraine Buddy app though, would like to be the solution for the latter, and is an app developed in Singapore by Healint to collect data from you and then prescribes the most effective medication for you by comparing when you used them against the severity of the migraines. Although currently only available in Singapore because of the need for a special access code from a clinician to use the app, Healint is also working on a “lite” version that works without seeing a doctor. Would you need this app?

Read more: This migraine tracking app acts like a doctor, connects you to one too

Gone are the days of stress, Hulk! 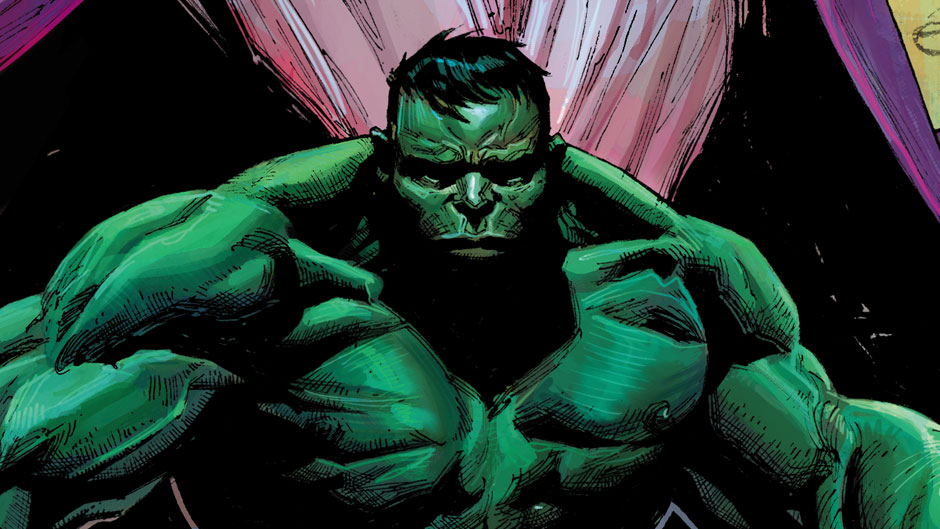 While Wolverine works terribly under migraines, did you know that Hulk’s strength is said to be potentially limitless because it increases proportionally with his level of great emotional stress? Although Hulk has improved over the years in terms of managing his stress levels so his great strength doesn’t work against him, and also since we humans are not like Hulk who becomes stronger as he gets more stressed out, the researchers at Dartmouth College thought it’d be a good idea to create a lifelogging app for stress management. This app, known as StudentLife collects data such as a phone’s motion and location and other things like timing of calls and text messages. Various algorithms then process those information to derive logs of a person’s communication or sleeping patterns, for example, and map them against levels of stress or depression. With this, one can then seek intervention if needed. Would you use this app or do you think it should be tucked away in the Marvel universe?

SEE ALSO:  This week in lifelogging: What happened at QS conference, QuantifiedAwesome and Evernote Food 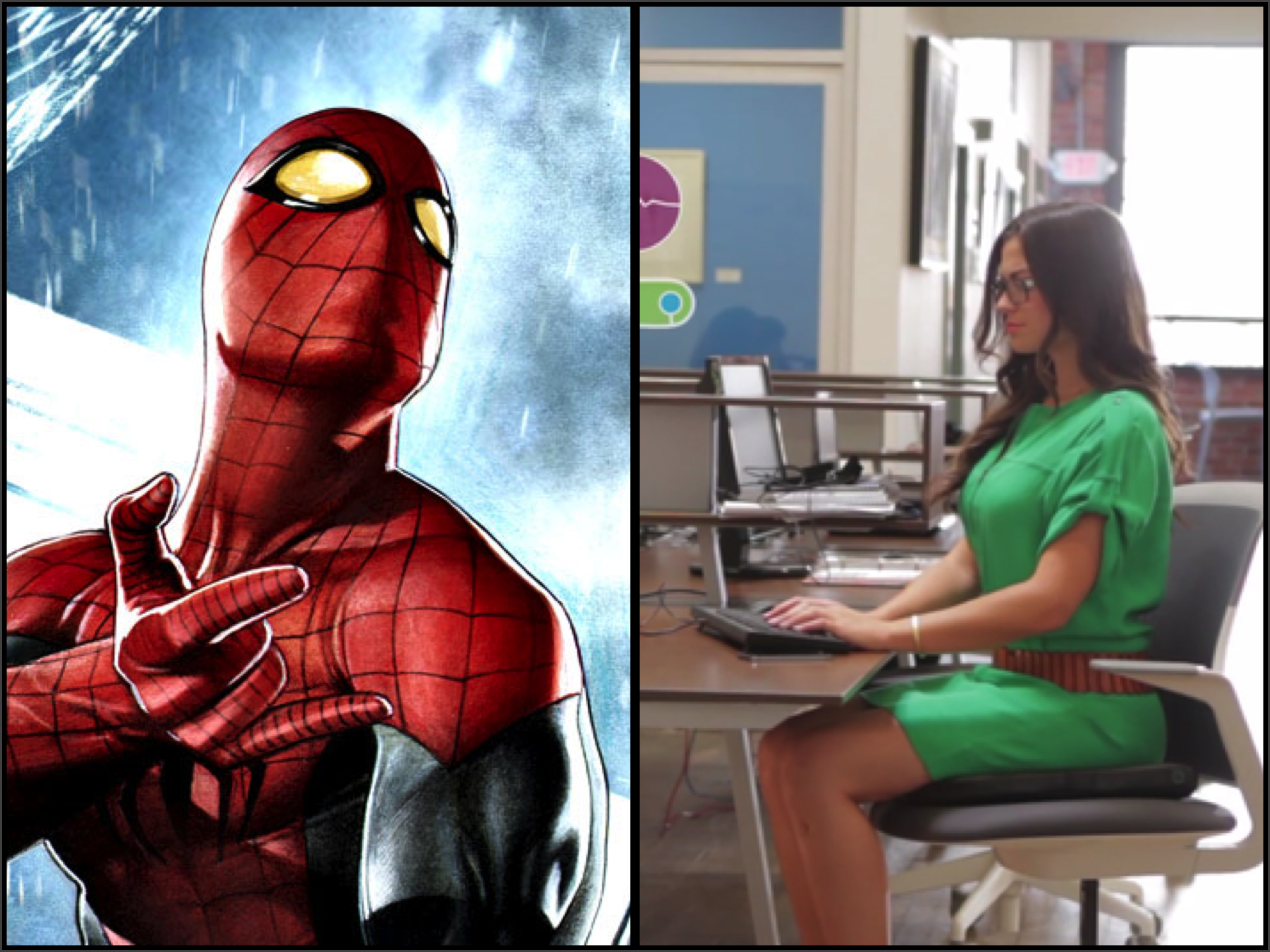 Or if you’re more like Mr. Spidey, who always bends in weird postures or caught slouching at your work desk, here’s one new quantified self product that you’d love. Introducing to you Darma, which is a smart cushion that monitors your posture, sitting habits, stress levels, and then coaches you to sit better. With the average person spending more than one-third of a day seated down and subsequently causing approximately 13 areas in their bodies to be negatively impacted, Darma is determined to help you adopt healthier sitting habits. If you’ve been slouching for too long, for instance, Darma would nudge you and provide live feedback to teach you to sit up straight. It could also suggest personalised stretches to help in areas of pain such as the neck, back and hip. If you think you need one, head over to their Kickstarter campaign and pledge for a Darma. Go quick because they’ve already hit their target of $40000 in less than a day!

Image credited to Darma and Marvel