“I invented nothing new. I simply assembled the discoveries of other men behind whom were centuries of work. Had I worked fifty or ten or even five years before, I would have failed. So it is with every new thing. Progress happens when all the factors that make for it are ready, and then it is inevitable. To teach that a comparatively few men are responsible for the greatest forward steps of mankind is the worst sort of nonsense.” – Henry Ford

In our evolution of lifelogging infographic, we discussed how visual lifelogging, which largely deals with photographing life’s precious moments for the purposes of reminiscing and remembering, gradually transformed since the invention of the digital eye glass by Steve Mann in 1980. Extending this “evolution concept” beyond visual lifelogging to the broader and more general idea of lifelogging, which is really the record of the everyday life produced by a portable device regularly carried around, we will explore if the above quote by Mr. Ford holds true in the field of lifelogging, and whether we can draw parallels to how Star Trek has been predicting the tech future since 1966. 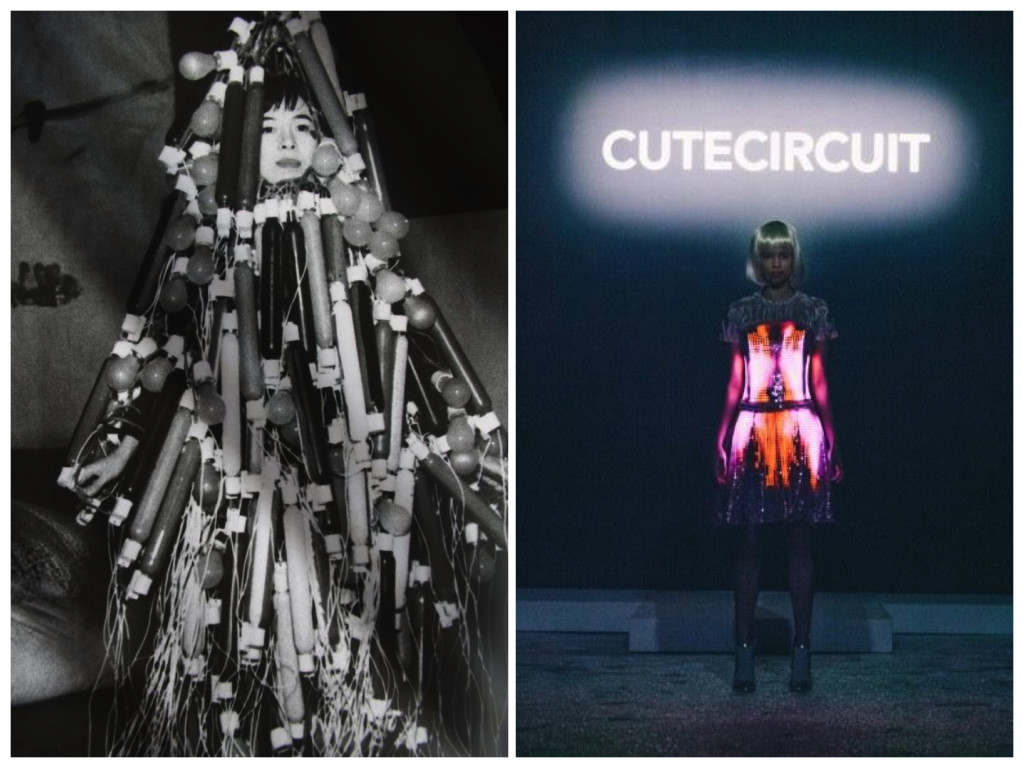 Today, many companies are venturing into the business of creating the perfect smart apparel. Such can be useful in the area of lifelogging – tracking our sports performance or even how our moods change over time. Yet, the idea of smart apparel has long been explored. One of those that were first documented can be seen in the picture above (left). Although much less classy than the ones we see today (right), tech geeks of the past have toyed with the idea of wearable tech in apparel. The difference between then and now, however, is the fact that wearable tech in the past reflected society’s obsessions with cyborgs while wearable tech today focus on a wider spectrum of things – mobility, style, design, connectedness, productivity and understanding of the self through lifelogging functions.

SEE ALSO:  This week in lifelogging: real-life superheroes, super Dads and the magnificent world they live in 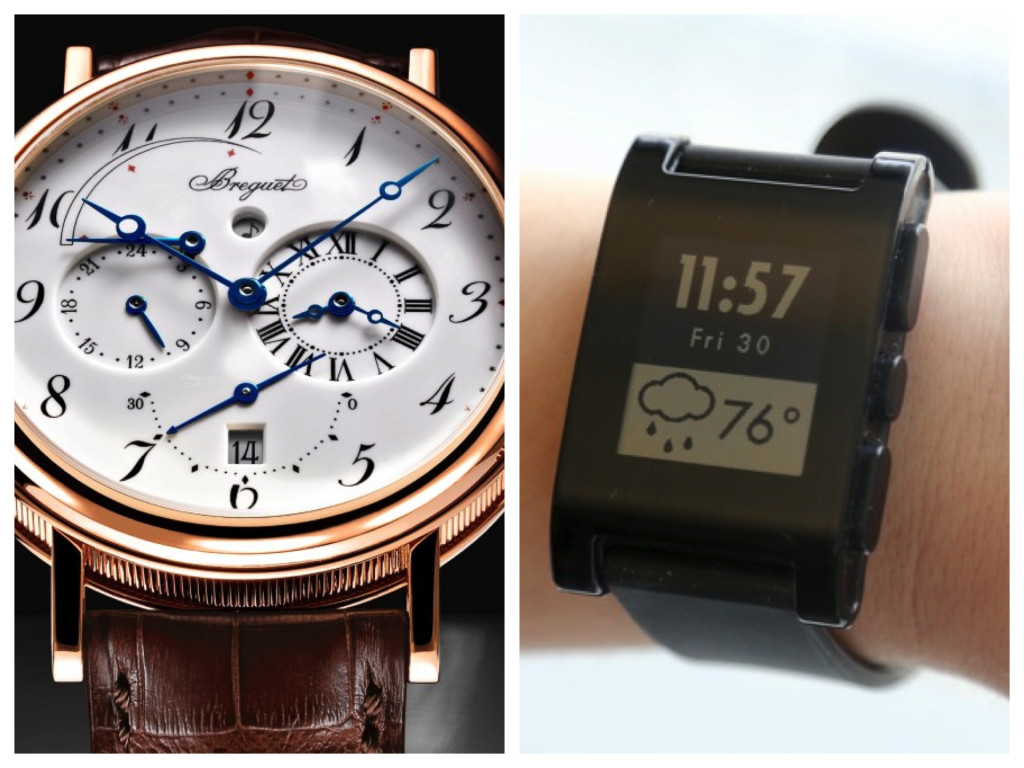 The wristwatch, which was first invented by Breguet (although some have disputes about who invented the wristwatch), is what many have considered to be the most successful wearable tech so far. Traditionally, these wristwatches play a huge part in lifelogging because they allow the simple telling of time to document at which particular moment were we performing a certain act. Yet, since its invention, the wristwatch has evolved to become what we deem as smart watches, allowing a higher level of digital lifelogging that goes beyond the telling of time, to functioning as a pedometer, a thermometer and a GPS navigator all at the same time. Now we can all know how many steps we’ve taken to reach a particular place at a particular time under the sweltering heat of X degrees Celsius. Have these functions been essential in your personal lifelogging journey?

Read more: Japan Airlines trials smartwatches and iBeacons to improve service at the gate and The Beginner’s Guide to Quantified Self (Plus, a List of the Best Personal Data Tools Out There) 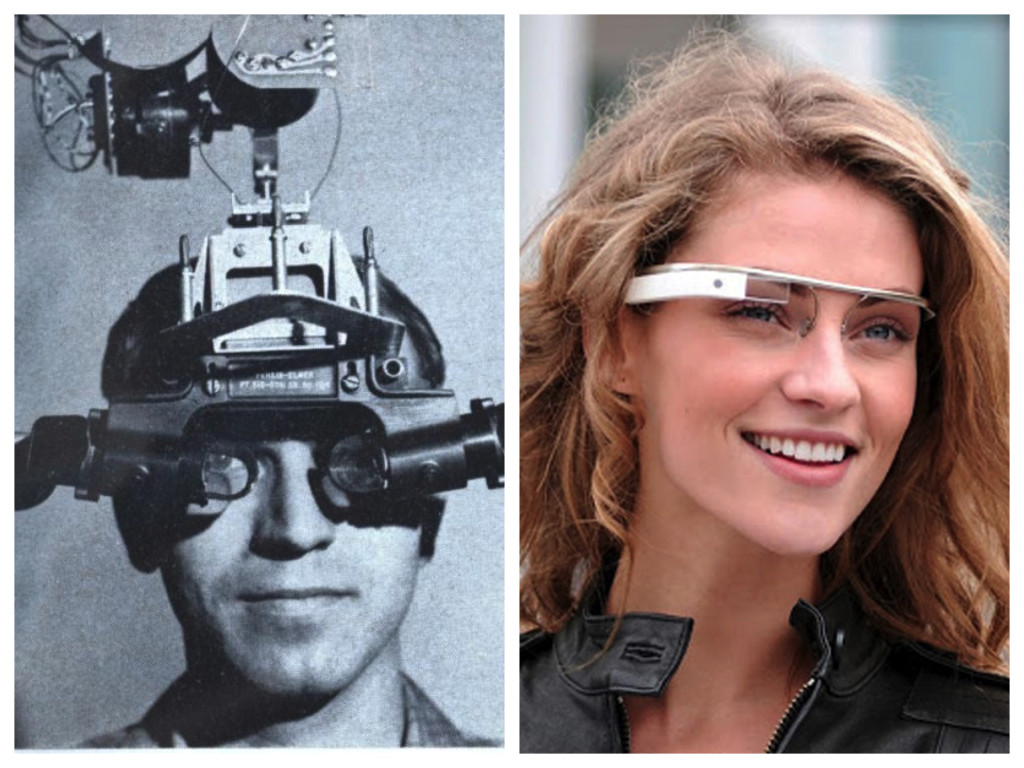 Wearable computers have existed since the 1960s. The first wearable computer was a heads-up display (left) funded by ARPA that was called the Sword of Damocles (Disclaimer: we have no idea why that name either). The first of these had their roots in the casino and were used to predict the outcome of roulette games. However, as it evolved, more and more people found themselves using wearable computers for the purpose of lifelogging since they could easily store information about their lives wherever they went. Today, wearable computers have, like the smart apparel discussed above, become much sleeker and more stylish. Yet even though they have become more fashionable, wearable computers today are still greeted with much stares, both in the positive and negative light.

SEE ALSO:  This week in lifelogging: coolest thing ever made, aging gracefully and more

Social media and the collective narrative

Today, social media has so largely infiltrated our lives that some have even become so addicted to it that deprivation can lead to various withdrawal symptoms. Not only do these social media platforms tell the stories of our own lives, our family’s and friends’ lives, as well as our pets’ lives, but they also offer a collective narrative when these lifelogging data are brought together. And if we were to loosely define social media as a platform by which people create, share and exchange information to form social interactions, the earliest form of social media could be dated back to 1940 where handwritten posters were put up in prominent locations. Perhaps the difference between then and now is the actual physical contact and social interactions that people had in the past, versus our virtual thumbs-up and comments carefully shielded by a computer screen today.

Where are we headed?

So as we gather more inspiration from the past and from old sci-fi movies, many new tech gadgets will see themselves being released in the market. Some take off while others are simply mocked at to be absolutely ridiculous. Until that point at which the market is in absolute equilibrium with just the right mix of lifelogging tools, I guess one key question remains in Mr. Ford’s quote – are all the factors that make for (lifelogging) progress ready?

Read more: Before You Prototype a Tech Product, Ask These 5 Questions and Wearable Technology – UK and US Facts & Figures and The future is now: The 10 gadgets that will change your life

SEE ALSO:  7 telling signs the Quantified Self is poised for success in 2015