Evolution of how we process things

Lifelogging is related to how we’ve decided that the digital age should and could be used for the betterment of our own lives. This subsequently led to the Quantified Self and the Internet of Things, as well as the rise in use of wearable tech devices. The digital age has brought along many changes. Not only have the things we brought to school to show our friends just how cool we are transformed from Pokemon cards and mood rings to the latest headphones or smart pens, our minds are slowly altered in the way we process anything at all. Whether it’s for the better or the worse, here are a few ways the digital age has impacted us as some food for thought for the weekend!

Read more: The Quantified Self community, lifelogging and the making of “smart” publics and 5 psychological challenges facing wearables, quantified self and behavior change apps

Image credited to Faith on Campus

All things are “ask Google”

Many of us trust Google more than ourselves. Whether it is with mapping our route home from work or checking who died in the latest Game of Thrones episode, we do what we do best – Google it. According to a study done by a spatial geographer at the University of Tokyo, participants who used GPS navigation performed 20% worse than their paper map peers when asked to recall various aspects of the surroundings. And while this may spell catastrophe for people who are concerned with the development of our brains, others have also welcomed Google Maps with open arms, quoting that there are now more kids exploring the world from their laptops before they reach the age where they can travel by themselves. And with Google approaching 1.6 billion facts in its Knowledge Vault, which is really the foundation of smartphone and robotic intelligence, anything could be asked with accuracy in the near future. What the Knowledge Vault represents, is also the possibility of medical breakthroughs and the discovery of trends as it sifts through humongous amounts of information.

SEE ALSO:  The story behind the winning Remembering 2012 with Memoto contest

All things are shared and social 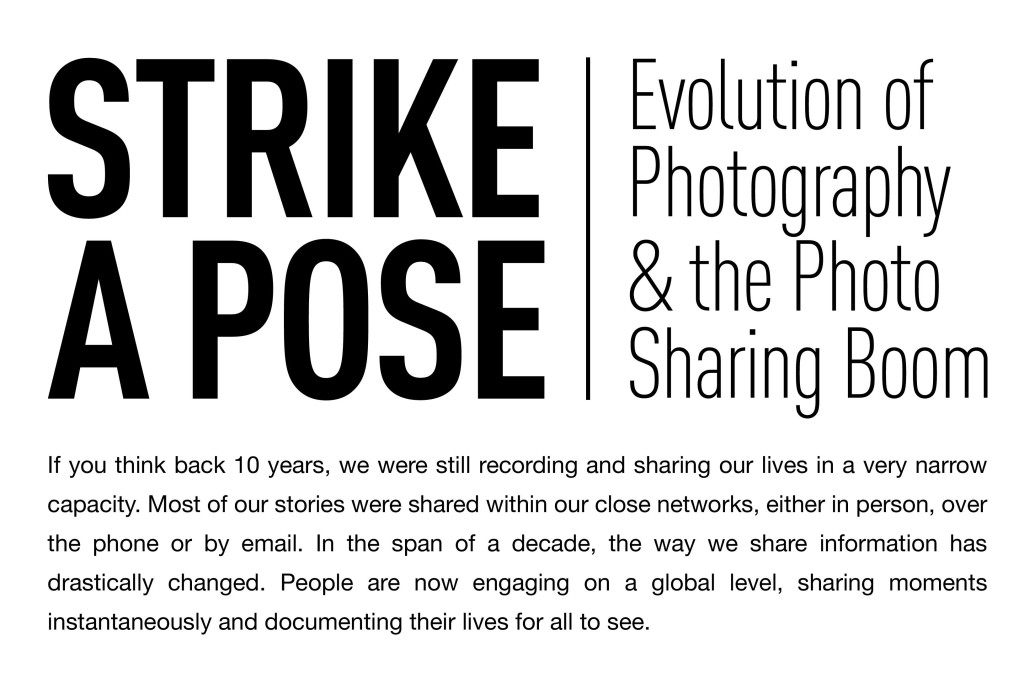 The digital age also brought along that one thing we now know as not-so-social media. Looking at photos alone, we have shared a collective 1.8 billion photos in the year 2014. That’s a huge jump from the 274 million photos we shared in 2013, which could be largely attributed to Snapchat and Facebook. And the fact that the headlines in an article reads “Facebook just changed its News Feed yet again. Here’s how it could affect you“, shows just how much we have allowed Facebook to actually affect us. And that’s not even including that one time when people started calling the police when Facebook went down for a bit. Yet once again, not all’s bad of course. With the increase in people sharing things on social media, people are now more aware of things that happen globally in general. Take ALS for instance. As of the end of August 2014, $100 million and greater awareness have gone towards supporting a cause that previously received little attention. Not only have we become more of a global citizen, we have also been given opportunities to experience things we might never have the courage nor opportunity to do through the eyes of someone’s camera. The two time-lapse videos below are examples of these for someone who might never get a chance to visit California, or Burning Man. Enjoy!

SEE ALSO:  This week in lifelogging: timeliness of wearable tech, how memory works and Melon headband to measure your focus

All things are quantified

Every mile we run and every workout session should be accompanied by our fitness trackers. As defined by The Huffington Post, “The Quantified Self is a movement to incorporate technology into data acquisition on aspects of a person’s daily life in terms of inputs (e.g. food consumed, quality of surrounding air), states (e.g. mood, arousal, blood oxygen levels), and performance (mental and physical)”. And even though perhaps the obsession with data is not currently matched up with the benefits that the analysis of these personal data can bring to us, other benefits of this self-tracking movement can already begin to unveil. These include knowing the exact amount of sunlight you need to take in to improve your mood, health, focus and sleep as tracked by SunSprite and how even gun violence could now be tracked with smart wristbands. Have you been tracking or quantifying anything? Share your experience with us in the comments below!

Read more: Quantifying the LTR: How Couples Use Data For Healthy Relationships and Quantified Self just boils down to Self: What I’ve learned from two years of wearables

All things could be archived for the generations to come

Lastly, with everything being quantified and sometimes even selectively shared or placed on the Google Search Engine, things could be archived for the people we never meet after our own deaths. Raising concerns with how these data are treated have already spurred tech giants to include various clauses in their privacy statements. Google, for instance, started the Inactive Account Manager feature last year, which enables Google users to either delete their account or nominate individuals who will gain access to it if they die or are incapacitated. And while traditional genetic data from ancient bones can reveal things like how Europeans could be drawn from a mix of three ancient populations, perhaps with the possibility to archive every little detail of our lives dawns upon us the availability of digital data that replaces fossils and bones. Digging up fossils and archaeological evidence could well be in itself a thing that becomes fossilised. And it’s a pity that digesting digital data instead of physical evidences would certainly not help us find such cute things as skeletons who have held each others’ hands for 700 years anymore.

Read more: Putting Time In Perspective and The pleasures and horrors of the digital afterlife