How did you hear about Narrative and how long have you been using your Clip?
I first heard about it back during the original Kickstarter campaign when it was called Memoto, and was lucky enough to be one of the first backers. Been using my Clip (since replaced once after losing my original during vacation) since early 2014.

How often do you use your Clip and in what settings?
I use my Clip pretty much daily, taking it with me as I walk around, to work, just about everywhere. I live in NYC, where there’s always something awesome to photograph, and have caught some really nice shots that I would have never thought to take a picture of otherwise, just by walking around the city. I also particularly love taking it with me when I go on trips, it means I can just let myself enjoy the trip and only take the camera out for truly special moments, and let my Clip just handle the rest. Going through the pictures later is a great way to reminisce.

Please explain your decision behind getting a Narrative Clip?
I’ve always wanted something like the Narrative Clip, a way to seamlessly document both day to day life and special moments that was unobtrusive, easy to use, and reliable. When I first saw the Memoto Kickstarter I knew it was exactly what I was looking for.

Describe what draws you to this kind of technology.
I’ve always been an early adopter, and the ‘quantified self’ movement always intrigued me. Using technology in simple, unobtrusive ways to learn more about our lives, our selves, and to document all those little moments that are too easily missed.

How do you wear/use the camera?
I usually have it clipped onto my shirt or hoodie or jacket. Tried clipping it to t-shirt collar at first but found it mostly took some (amusing) pictures of the back of my beard. 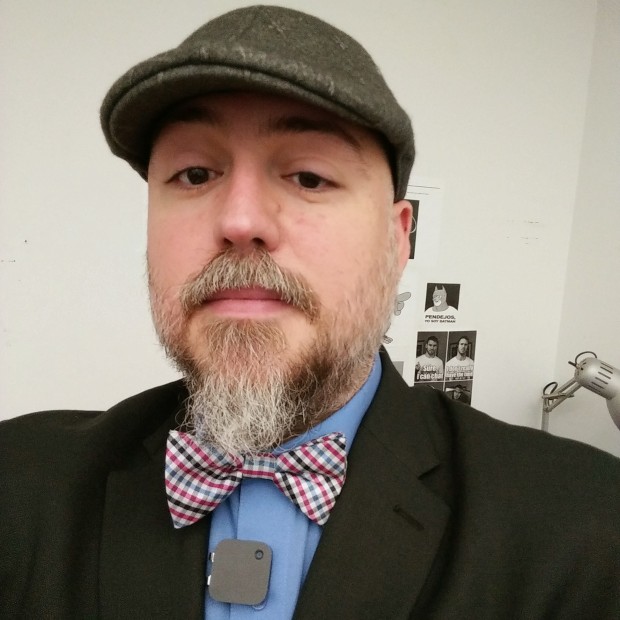 What’s the most surprising and/or interesting photo you’ve gotten so far?
There’s a lot of them, honestly. My favorites tend to be either some of the shots I get of the city as I walk around, but occasionally the Clip will catch some great candid pics of my friends, and those tend to be the most memorable ones. There’s been some awesome ones too at shows and venues I’ve been to. Here’s a few:

Great shot of the back of the Flatiron Building in NYC 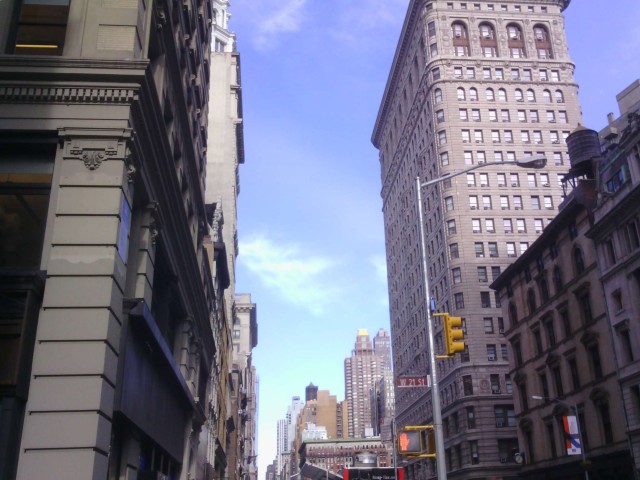 At the Night Vale Radio Live show (with bonus @AndrewWK partying up the place!) 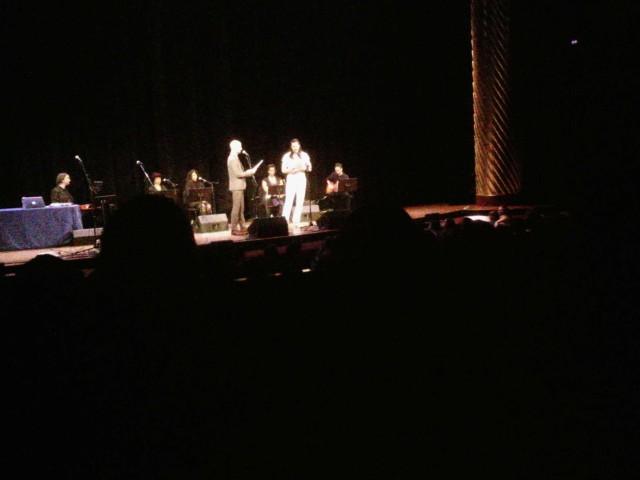 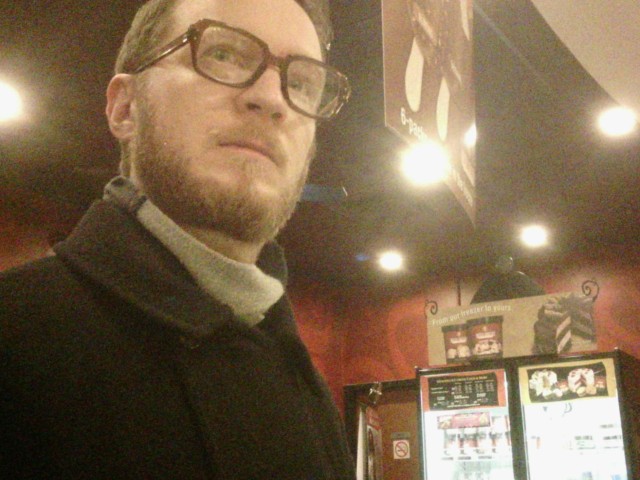 Do you have any stories around how people react to the Clip?
Most people don’t even notice that I have it, but when they do, they usually ask what it is. I tell them it’s a camera called the Narrative Clip, and that it automatically takes a picture every thirty seconds. Reactions vary, often people joke or make a comment about privacy, but once I explain that the pictures are never automatically posted online or shared, they tend to calm down and then usually they get curious, asking questions, wanting to know if I can take a picture of them right then (to which I usually respond with a friendly double-tap of the Clip), and where can they buy one. I also always make it very clear when people ask that if my having the Clip on makes anyone present uncomfortable, that I will gladly take it off and put it away. Until now only one person has ever asked me to put it away, and even then later asked to try it on.

What is best moment you’ve captured with the Narrative Clip and why?
I think the best moments tend to be the candid ones, the unexpected ones. While having your Clip with you on a vacation or trip is absolutely awesome, it’s always the little unexpected shots where you catch someone in an unguarded moment, or making a silly face, or the light hits things around you just right, those little moments that you would probably have never captured with a regular camera, that make the Clip so unique, and keep me wearing it every day.

Do you have any triggers to help you remember to wear your Clip?
My Clip has become part of my daily routine. After charging it each night and uploading pictures, I leave it next to my keys and wallet so I’m sure to pick it up and take it with me every time I leave the house.

What’s a feature(s) you’d really like to see added to the Narrative service in the future?
I had a list for this before, but pretty much every feature I would want to have, is being added or refined in the upcoming Narrative Clip 2! I’m very much looking forward to getting one of them as soon as they’re out.

Anything else you’d like to add or other Clip photos you’d like to share?
Honestly, the Clip is a great little product, an awesome conversation-starter and a simple and useful way to document your life. I was incredibly excited to get it back during the Kickstarter days, and it’s lived up to my expectations well. And the few times I’ve needed to use customer support, they’ve been really great and helpful, even helping me get a replacement and move my account over when I lost my original Clip while on vacation. Overall, can’t say enough good things about it or the company. Looking forward to the Clip 2, and whatever comes next!