Location:
Living in Borlänge, Dalarna, Sweden but I travel a lot in Sweden due to my work as a lecturer in social media and digital trends.

How long have you been using your Narrative Clip?
Feels like I have lived with it for very long since I was backing it the same day the Kickstarter-campaign was live. But since my device shipped late I have had it since Feb 10th. But I haven’t used it every day.

How often do you use your Clip and in what settings?
In the beginning every day but last month almost nothing. The idea is great but the outcome is meager. And working with it is too hard, syncing with the computer, waiting for the pics to upload in the Narrative cloud and the waiting for the servers to build moments that I can only get via the Narrative-app in my Iphone. 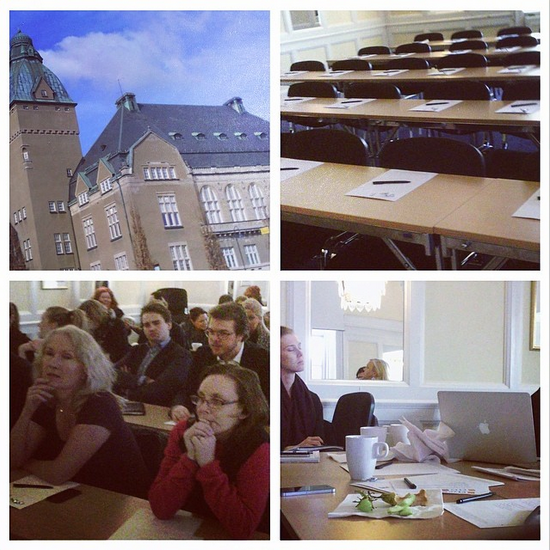 Please explain your decision behind getting a Narrative Clip?
I love the idea of being able to lifecast. And when the Kickstarter-campaign was released I was almost broke but I couldn’t resist backing: both because of the idea and of course because of the people behind Memoto/Narrative Clip who I know. Me and Sarah, my companion, have used the Memoto-pitch as a part of our lectures on digital trends for almost a year because it is a great starter on the question how far we can go.

SEE ALSO:  The Narrative Clip is the perfect fit for family life

But despite of the problem with placement of the camera that makes 90% of the pics uninteresting I like the fact that Narrative Clip is telling me that I have a pretty boring life from time to time. 🙂 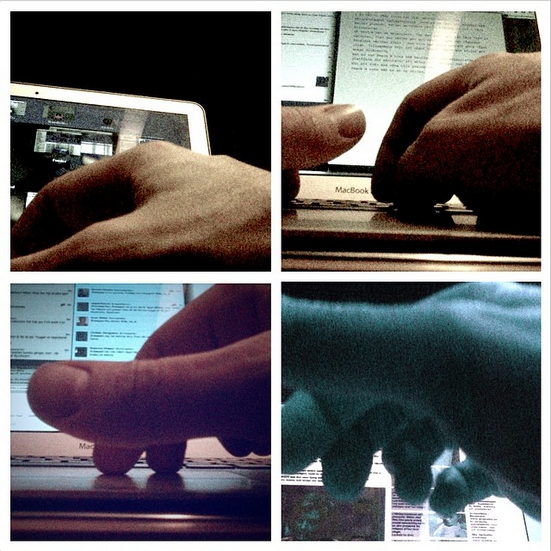 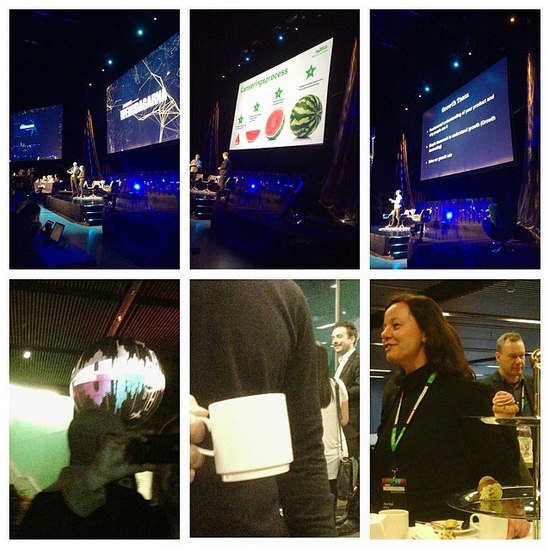 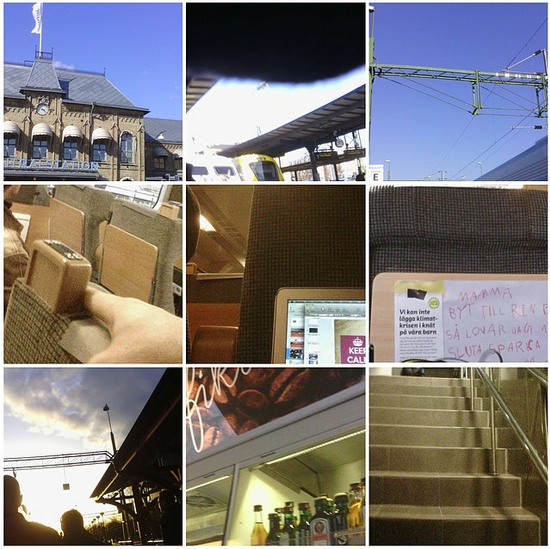 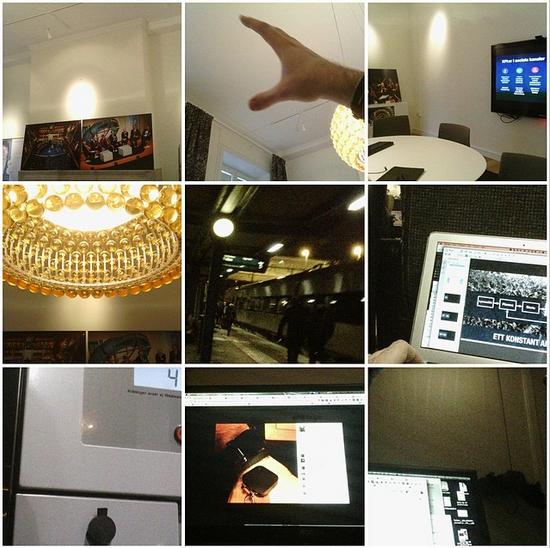 How do you wear/use the camera?
This is a part of the problem with the Narrative Clip, something some of us have talked about. I have tried several ways of wearing it. When wearing it in the neckband it never gives great pics. Wearing it in the chest pocket get me best pics but then I have to move it when putting on the coat – the same problem when the clip is put on the lapel. And since I almost lost the Narrative Clip several times I have had to use a conference badge ribbon to have it on place and then you truly look like an idiot 🙂

Here’s my best way to wear it: 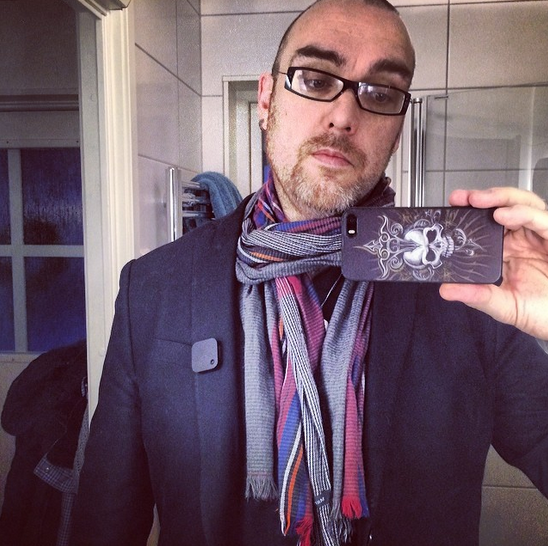 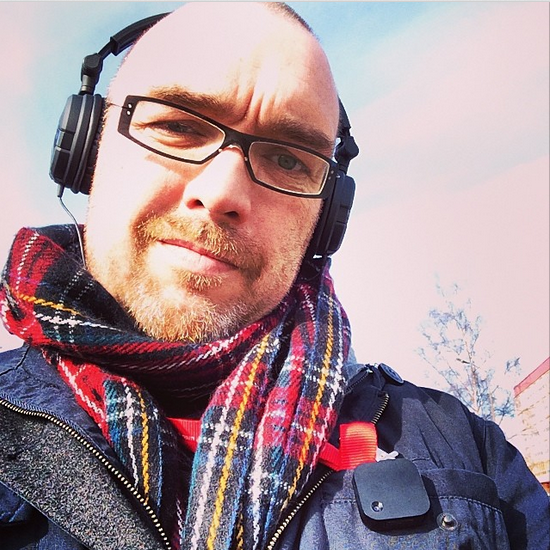 What’s the most surprising and/or interesting photo you’ve gotten so far?
Somehow the most interesting photos are when looking at the sum of a ordinary day. A diary of a life. But one photo that was pretty fun was when I forgot the Narrative Clip on my coat when checking it in the cloakroom, and before I remembered it took a selfie on me.

And in the same setting I could prove that we had a lot of audience on our session. Somehow I expected to get more pics that would surprise me but either I live a very boring life or Narrative isn’t that great on capturing them 🙂 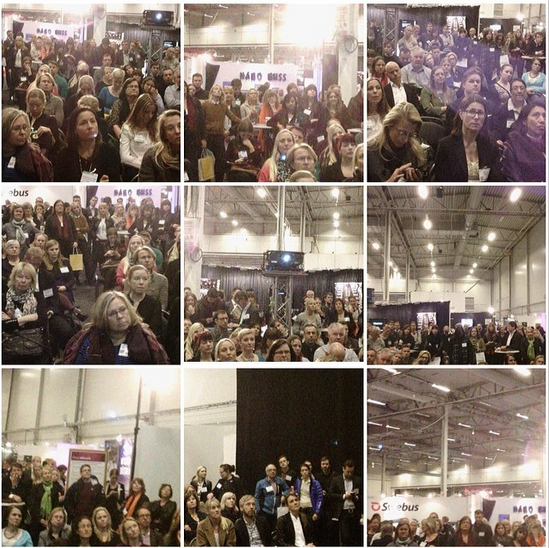 Do you have any stories around how people react to the Clip?
Not really. Since I am a geek and people who work with me or hire me expect nothing less I haven’t had any big discussions on the topic. More that I have been very cautious on what to share. Sometimes boring but sometimes necessary. Many people are interested but also wondering how long you can go on lifecasting. After my review on the Narrative Clip, some people felt it was boring since it didn’t share pics automatically. I had expected more discussions and some negative reactions but that probably will happen when using Glass.

SEE ALSO:  Narrative Hack: How to Perfectly Store Your Clip On The Go

What is best moment you’ve captured with the Narrative Clip and why?
I have captured some really great timelapse pics of my friend and companion Sarah when going by train. And some of the pics taken when I was out for a walk is nifty (after some retouching in Snapseed). 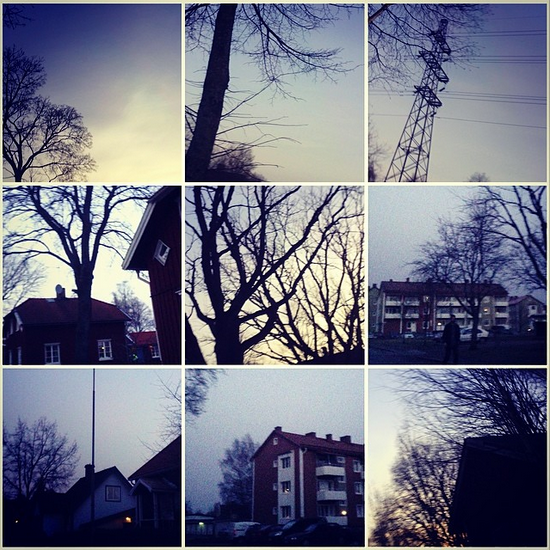 What’s a specific use case for your Narrative Clip that you’re looking forward to?
It would be real fun trying to put the Narrative Clip on my cat and watching her everyday life but that would probably end up with a clip lost. I have some ideas on how to use it for some of my customers but that I won’t tell 🙂

What’s a feature(s) you’d really like to see added to the Narrative service in the future?
First: simplified logistics so that I can get to my pics faster. And being able to connect with the cloud via the computer. And an app that has better UX. And better trimming.

Second: More features that makes it possible to work with timeline, instant timelapse and connection with other apps from the Narrative app.

Third: bluetooth, LED or wifi-connectiveness so I can connect with the Clip instantly, and use it to take pictures manual from the phone.