With so many wearable devices out there, one online retailer is finally targeting the lifelogging enthusiasts scattered all around the world by launching a web store dedicated to wearable tech devices. Evident from their logo, Amazon is about to conquer everything from A to Z, including this new W zone. With this move, Amazon is of course bringing great news to wearable tech makers like ourselves, as well as for consumers all around the world. Moreover, with wearable devices boasting to boost productivity by 8% in an office, it is no wonder if companies start flocking to Google to search for all kinds of wearable devices that they can purchase for their employees. And who will float right to the top of Google searches? Yes, that’s right. Amazing Amazon will.

Read more: Wearable tech grows enough to get its own section on Amazon and Could wearable technology make us more productive?

Wondering what kind of wearable tech devices will start appearing on Amazon’s web store? Perhaps those incognito wearable devices that we discussed last week, or these seemingly far-fetched wearable tech devices. Well, remember how Google pulled an April Fool’s joke on us when they apparently launched Google Nose last year? This is in fact coming to pass. In the picture you see above, you would find Senti8, a bracelet that lets wearers remember the scents of places they have visited. The founders of Senti8 basically hacked an e-cigarette to create the scent-delivery system of the bracelet, which results in its ability to allow wearers to share a scent with friends and loved ones who are in a remote location. And if you are not entirely blown away yet, here’s one more wearable device that we swear you wouldn’t even believe exists. Known as Halo, this piece of headgear will allow the boosting of cognition by employing a range of non-invasive, low energy, battery operated stimulation modalities that work on the nervous system. It’s true. And we are excited to see what other wearable devices will launch when countless others are already working on things like human walking chargers that lets you power up mobile phones using body heat!

Read more: Wearable tech connects astronauts to the smells they love on earth 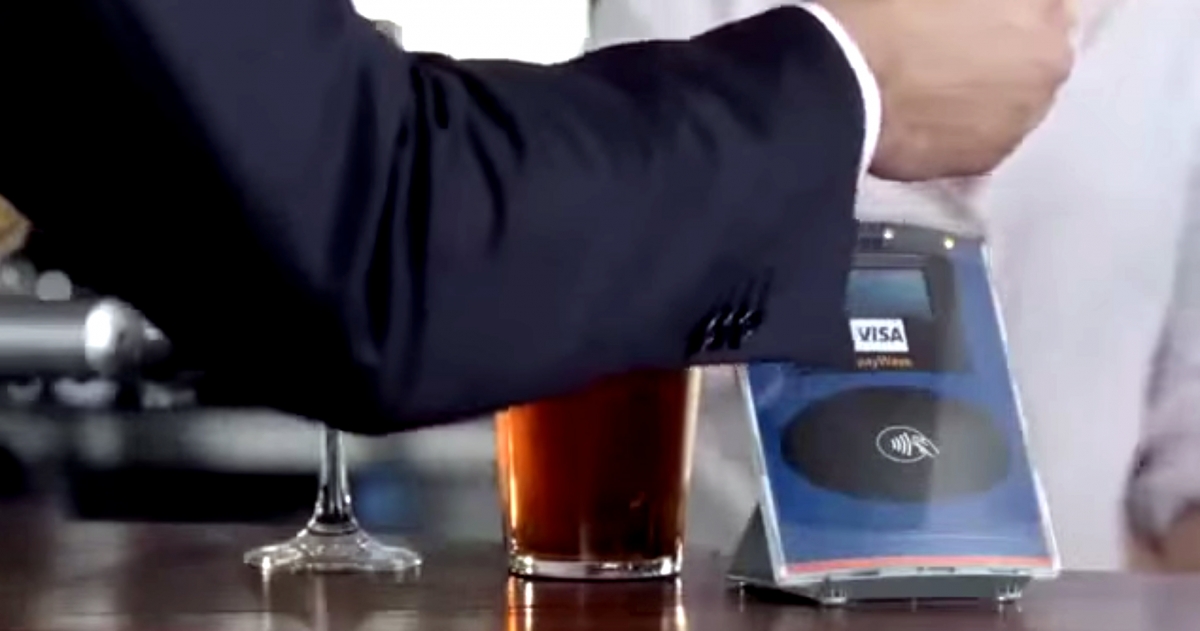 And it’s not just the tech giants and start-ups that are gearing towards wearable tech. High-end Australian tailors MJ Bale, together with Australia’s Heritage Bank and Visa, decided that it will be nice if men could stop taking their wallets out. This suit relies on Near Field Communications (NFC) technology, and allows wearers to simply swipe their sleeves across the Visa payment terminals. With the embedded technology in the suits, users can top up this mobile wallet with a specified sum from their bank accounts. Like their video depicts, these suits are wearable technology that a gentleman would actually wear and are literally empowering the men because the world’s most powerful men have never been seen paying for anything. Would you like to be one of them?

Of a million emotions

With all that cool technology devices that we have introduced to you today, we do wish we had some device embedded in this blog post to capture the range of emotions that you’re currently displaying. Even though we can’t capture every one’s expressions, one photographer out there is surely doing a good job at that. Say hello to Mike Larremore! In his latest photography project, he is creating what is known as “faceboards”, as he strives to take pictures of models expressing every emotion possible and then stitch them all together. We love these multifaceted photographs and if you do too, feel free to share with us some of the “faceboards” you’ve taken of yourself or a loved one!

SEE ALSO:  This week in lifelogging: on the road, in the womb and way up in the air

Read more: Faceboards: The Range of Human Emotion Caught on Camera and These Dreamy Photos Answer The Question: ‘What Would I Have Looked Like In Another Decade?’

And if still photos and portraits are not your cup of tea when it comes to lifelogging, you could try creating a time-lapse video of what is going on around you. Or even better, a hyperlapse. According to Web Urbanist, a hyperlapse can be defined as “a technique combining time-lapse and sweeping camera movements typically focused on a point-of-interest.” Other names for this include: Walklapse, Spacelapse, Stop-Motion Time-lapse, Motion Timelapse and Moving Timelapse and an example of this can be seen in the video above. This videography technique was recently popularized after appearing in this music video and many thought that it would require an incredible amount of work to create. Yet, cracking the code behind creating such an amazing video, Web Urbanist reveals various tools that can be used. One of them is the Google Street View Hyperlapse platform, which requires users to simply set the start and end points as well as a point of focus. Easy as that! So go ahead and explore these tools and have some fun!

Read more: DIY Hyperlapse: Make Your Own Timelapse Motion Pictures and The 10 Most Photographed Places On Earth