How often do you use your Clip and in what settings?
I wear my Clip everyday… I never know what will happen when I go out into New York. Whether I’m walking to class, riding the subway, at dinner with friends or at a concert, I have my Clip on. It’s not a burden to have on all the time, so I clip it on and forget about it.

Please explain your decision behind getting a Narrative Clip?
I’ve always been a bit of a gadget guy and, for the last couple years at least, I’ve been most interested in the wearable tech market. I saw a couple articles on my go-to tech sites about a similar automated wearable camera and was intrigued by the idea. The camera I originally saw seemed like a great idea but looked a little too bulky. When I found what was then the Memoto Clip on Kickstarter, it seemed like the perfect mix of design and functionality I was looking for. It was a no-brainer. I backed the project right away.

Describe what it is about the Narrative Clip that you like best?
For me, the idea that I can live my life unhindered and have photos documenting my experiences is a truly unique and special thing. It’s kind of pathetic, but having to stop what you’re doing, take out your phone, and snap a picture is a distraction… it breaks up the moment’s fluidity. With my Narrative Clip, I don’t have to do anything. It will do all of the work without any disruption. Even if the photo isn’t perfectly framed or it comes out a little blurry, the fact that I captured the moment and can share it with my friends and family is a really neat concept.

SEE ALSO:  Life with the Narrative Clip. An interview with Mike Merrill

How do you wear/use the camera?
I wear my clip on the outermost layer of my upper body. In the winter here, it’s clipped to the pocket on my parka while I walk to class. When I get to class, I move it to my shirt or sweater. I’ve found that having it on a tighter article of clothing leads to more clear pictures. 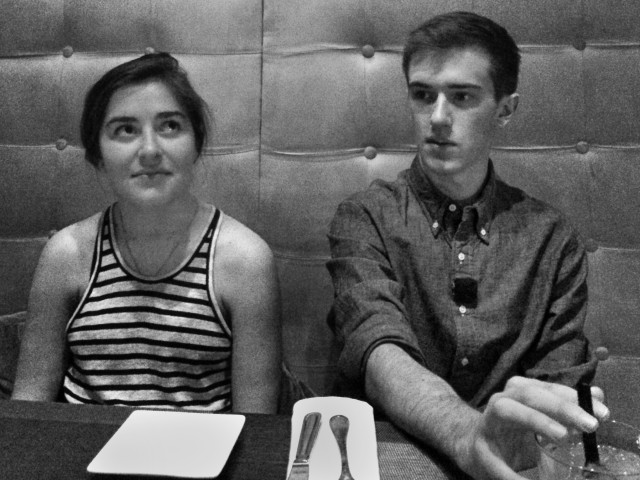 What’s the most surprising and/or interesting photo you’ve gotten so far?
I have two. The first is when we were driving on an island in the Caribbean and we came across this tortoise slowly crossing the road. We were worried it would get run over in its attempt to cross so we pulled over and I hopped out. I had been wearing my Clip all day and had forgotten about it so when I imported my photos at the end of the day, I was pleased to find that it had captured the moment just as I went to pick the little guy up and carry him across. 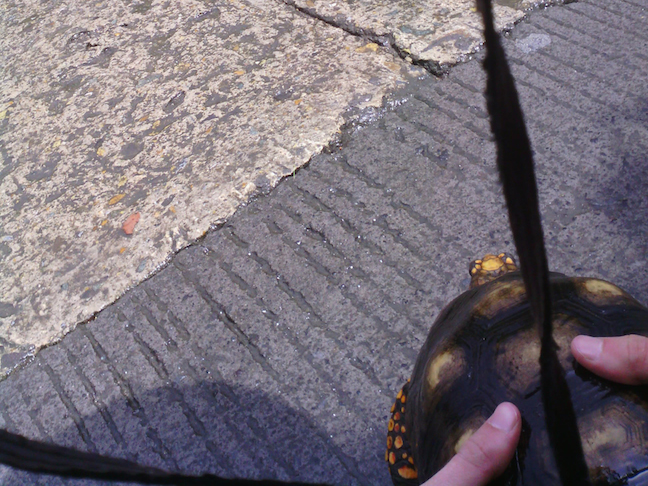 The second is a totally useless photo that has absolutely no sentimental value to me but one day I was grocery shopping and my Clip captured this candid image of me grabbing a carton of milk. It came out so sharp and vibrant that I had to post it to my Narrative Clip inspired Tumblr www.lifescan.tumblr.com. That night, one of my friends made it her Twitter cover image and it quickly became a joke in my friend group. In a way, it captures what life blogging is all about – cataloging even the most menial candid moments. My parents got a kick out of seeing every bit of my routine and my friends still laugh about it a month later. 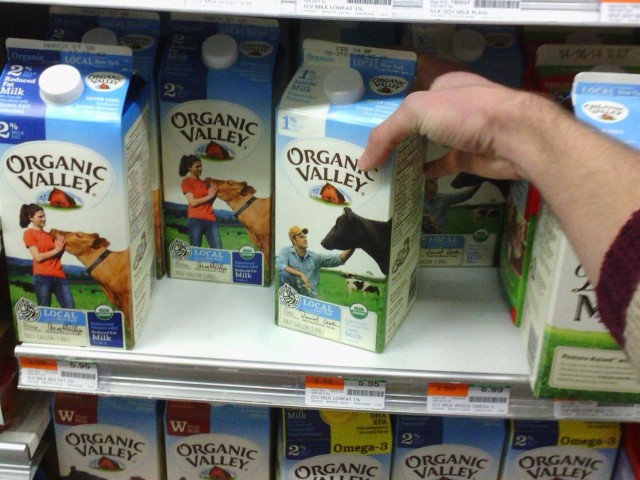 Do you have any stories around how people react to the Clip?
The best part about the Clip is that not many people notice it so you get really candid moments but, if they do notice it, it can be fun. One of my friends, whenever she sees me, will walk up, make a funny face, and double tap it forcing it to take a picture. I now have a collection of photos of just her, making a number of great faces. One stranger, when I was at a concert, noticed it and asked what it was. When I told him it was a camera, he asked if I was a spy. Naturally, I said yes.

What is best moment you’ve captured with the Narrative Clip and why?
This photo captures a rare moment where my dad and I (and mom and sister although not pictured) are having a family brunch on the last day of one of their visits to New York.My parents live in the SF Bay Area while my sister and I are studying in New York so we don’t see them that often. Since a full-family get together is rare, we make plans to get brunch together at our favorite restaurant every time. The bright orange juice, clear text on the menu, and the overall color palette (although slightly edited in VSCO) are interesting to me and I find it captures the moment accurately and candidly. They’re always nice meals so it’s great to have this candid photo capturing that vibe. 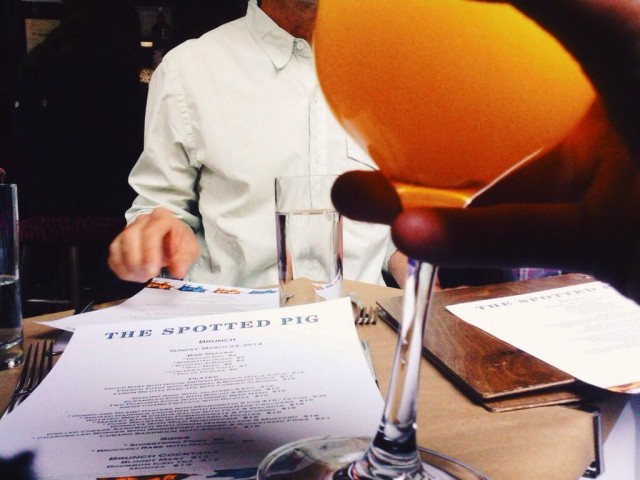 What’s a specific use case for your Narrative Clip that you’re looking forward to trying out?
I’m really looking forward to doing more traveling with my Narrative Clip. I tried it for the first time a couple weeks ago in the Caribbean and it was really nice capturing adventures without having to stop and pull out my phone or lug around a DSLR around. Mixing in underwater photos taken with my GoPro camera, I could capture the whole experience of driving to a trail, hiking to the beach, snorkeling, and working my way back seamlessly.

What’s a feature(s) you would really like to see added to the Narrative service in the future?
Down the road I’d love to see the next generation clip get Wifi or Bluetooth capability to start syncing photos with my phone on the go. For generation one, I’d love to work out a hardware adapter and software update that would allow me to plug my Clip into my iPhone but that’s probably not an option.Also, I go to a lot of concerts and the Clip has a hard time with the mixture of low light then high intensity light. I’d love to work out a way to increase the camera’s lowlight ability but that’s likely a hardware fix, not software. So, again, I’m looking forward to that in the second generation.

Anything else you’d like to add or other Clip photos you’d like to share?
I absolutely love my Clip. It provides a great way to capture my life with almost no effort.

Are you unsure what to pick? Here´s the difference between the 2 price points!