How did you hear about Narrative and how long have you been using your Clip?
I discovered the Narrative on Kickstarter. At first I found it too expensive, but after 18 months it was still on my wish-list, so … it looks like I had to bow my head. I’m using it about 4 months now.

How often do you use your Clip and in what settings?
I use it when I leave the house, but not during the usual things like walking the dog or doing the groceries. Of course I did in the first week, but that produced quite boring images.

Please explain your decision behind getting a Narrative Clip?
I want a bit more illustrations for my blog, without the alert and the distraction of making pictures myself, during my activities.

Describe what draws you to this kind of technology.
It all started when I read about ‘lomography’. There are ‘rules’, but the philosophy behind lomography is summarized in “Don’t Think, Just Shoot.” This motto is accompanied by The Ten Golden Rules which are supposed to encourage spontaneity and the taking of photographs anywhere, while minimizing considerations of formal technique.
http://www.lomography.com/about/the-ten-golden-rules
I tried to do this with my normal small camera, but most of the time it felt quite awkward. It’s not always polite to shoot in certain situations or surroundings whenever you feel the need. Even in a quite public place like a train or so, I don’t want to make people feel viewed or being my object.
From that moment I searched for another way to practice this kind of photography. Not diligent, but it was at the back of my mind.

SEE ALSO:  Life with the Narrative Clip: An interview with Christina Mason

How do you wear/use the camera?
I created a sticker with black dots and curly lines to make the camera look less serious. In this way the eye of the camera isn’t easily visible any more. I suspect people think it’s a music device. 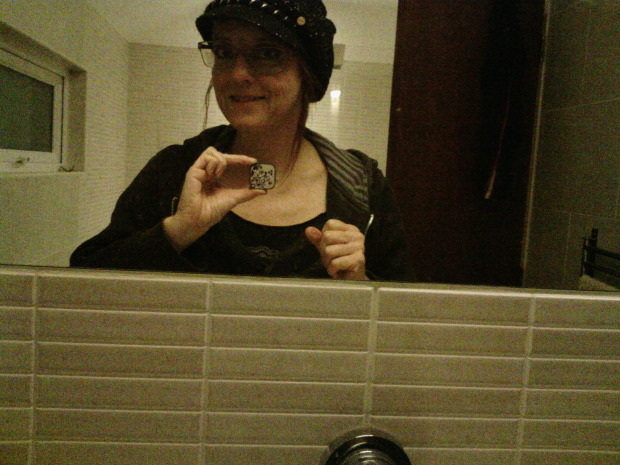 What’s the most surprising and/or interesting photo you’ve gotten so far?
One day I put the camera on a shelf in a corner of my room. My intention was to show some progress of the painting I was working on.
The next day I discovered the narrative captured me Skyping, on the moment I was told my father just died.
There is nothing spectacular visible, but I still can’t delete them.

Do you have any stories around how people react to the Clip?
To be honest … nobody ever asked me what it is.

What is best moment you’ve captured with the Narrative Clip and why?
Last month I captured a shelf with pots of paint in a large DIY-store. I hadn’t noticed in real, but on the picture I saw an advertisement stuck on the shelf; an invitation to enter a lottery with the number on your invoice.
I did. I forgot. And yesterday I heard I’d won something! A good part of the price of the Narrative. It’s earning itself back.

What’s a specific use case for your Narrative Clip that you’re looking forward to trying out?
I’m looking forward to my visit to Taipei where I’m one of the exhibitors of an art fair. And the second summit is a backpack trip for another 10 days through the rest of Taiwan.
Further I want to create a fast picture-movie called ‘The people I could have met this year’, with all the unknown passengers with funny, weird or curious faces shown for half a second.
And I try not to forget to put the narrative somewhere in the garden when I’m going to paint the house.

What’s a feature(s) you’d really like to see added to the Narrative service in the future?
A solution to get the pictures on my Samsung. I don’t want to bring my laptop with me to Taiwan.
You have 4 months to help me out!!! 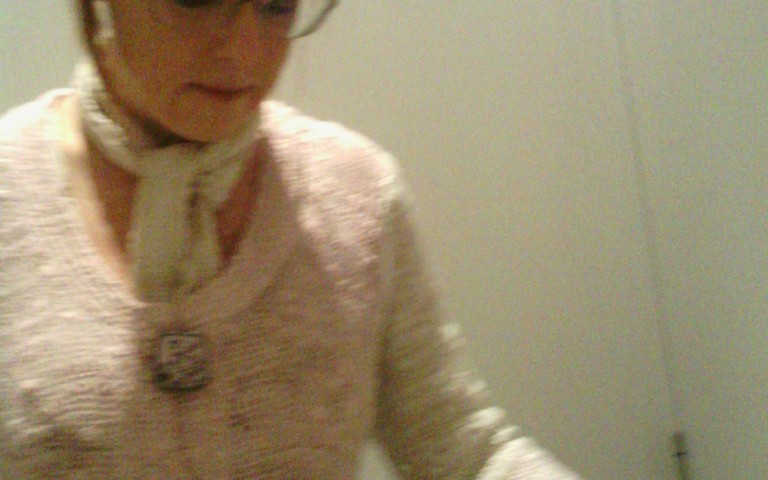