How did you hear about Narrative and how long have you been using your Clip?
I don’t recall how I learned about it initially, but I think it was through a link a friend had posted to Facebook.  I have actually owned two Clips.  My first was purchased second hand in April, before a trip to Asia, during which I used the Clip everyday until I unfortunately lost it in Seoul.  Some time in August, I saw a sale for Clips on the website Touch of Modern and decided to get another, because I loved using it!

How often do you use your Clip and in what settings?
I would wear my Clip usually in social settings – i.e. private parties, family gatherings, etc. – but lately I’ve come to wear it maybe twice a week just walking around the city.

Please explain your decision behind getting a Narrative Clip?
The premise of the Clip really intrigued me.  The fact that it could just take pictures without me thinking about it made me wonder what kind of pictures I’d end up having at the end of the day.  I wondered what sorts of things would pass me by during the day, unnoticed earlier.  It not only offered a chance to relive parts of the day, but to also discover different details of my experience.

Describe what draws you to this kind of technology?
I think the particular draw of the Clip was its automation.  You can’t fuss over its controls, because there are so few.  With other photo/video tech, I’m always interested in figuring out unique ways to capture the image by playing with the settings of the camera.  With the Clip, it frees me to forget about how well I am capturing the photo.  This is the Clip’s draw for me, but I suppose it is born out of being constantly surrounded by more complex tech.

SEE ALSO:  This week in lifelogging: a little crazier, a little happier

How do you wear/use the camera?
This is a photo of me with the Clip on my shirt collar, where I would normally wear it.  Since I lost my first Clip, I don’t usually wear it any other way.  Coincidentally, also attached is the photo my Clip happened to take right at that moment. 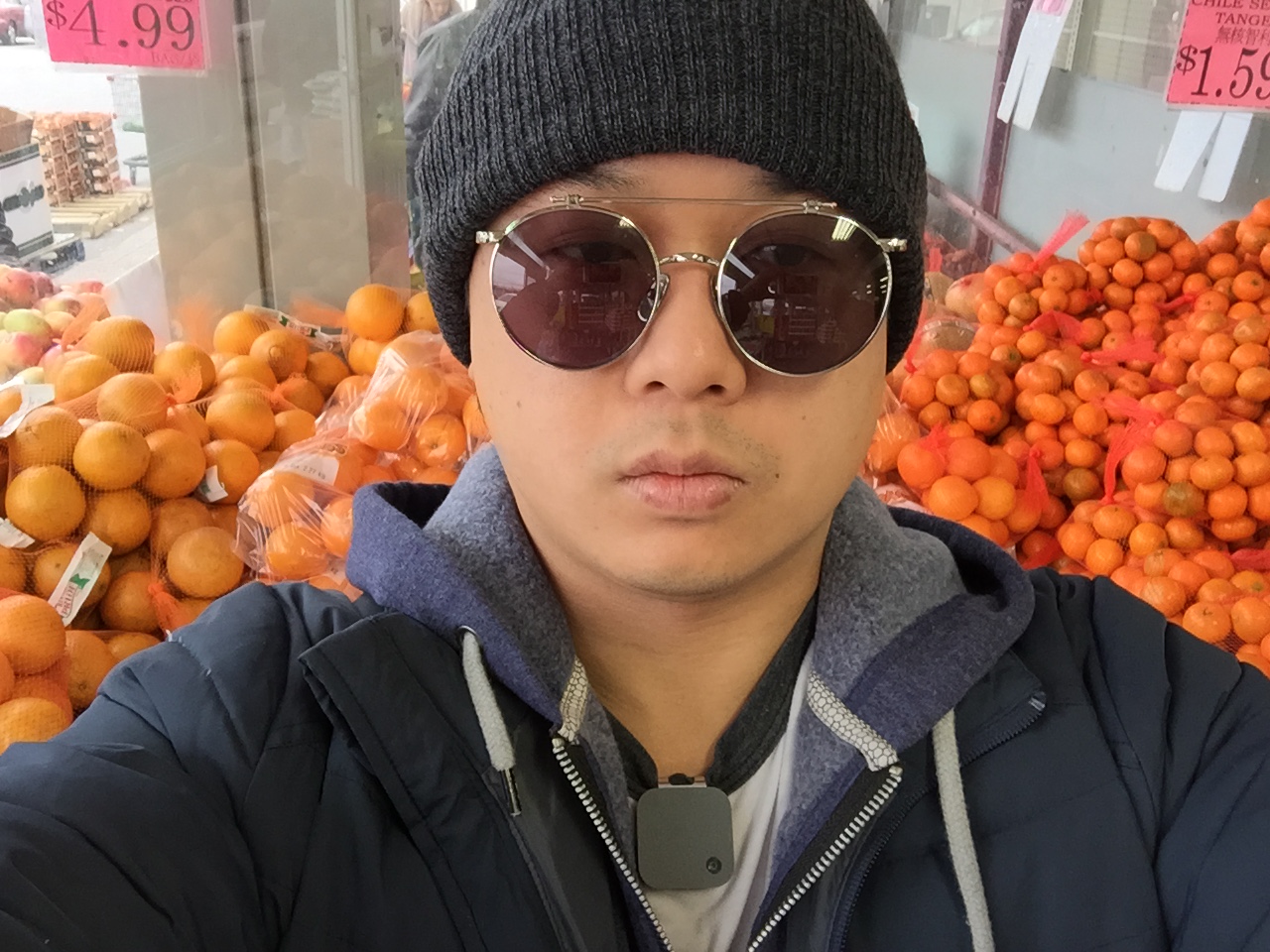 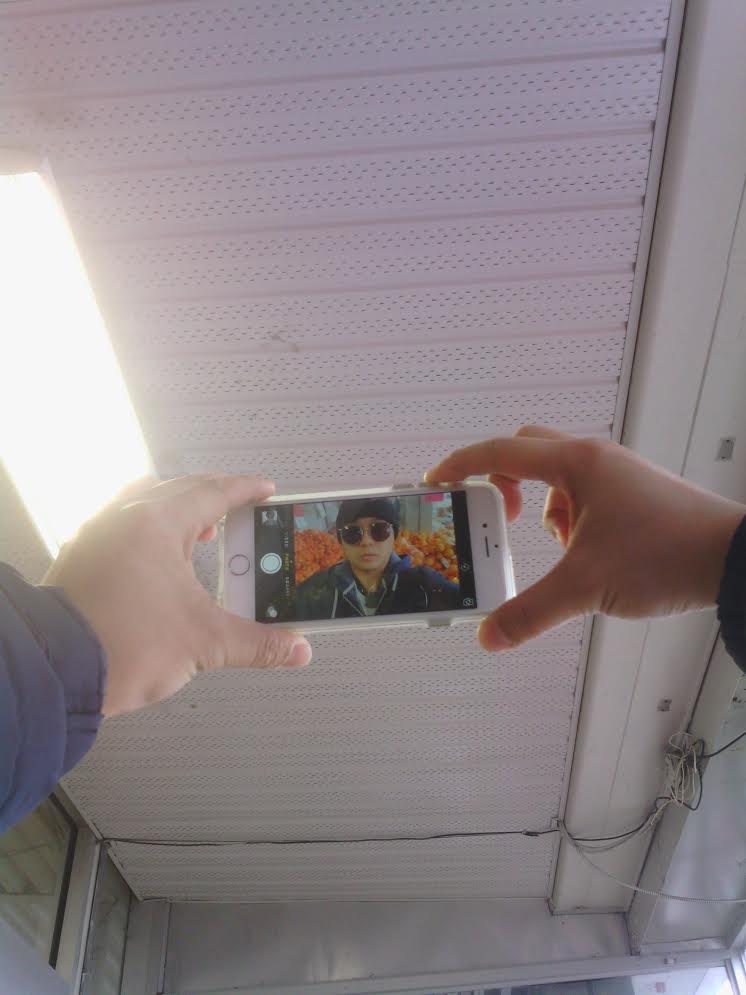 What’s the most surprising and/or interesting photo you’ve gotten so far?
I think the most surprising photo from my Clip was one from the Ghibli museum in Japan.  I forgot I had it on and afterward when I was going through pictures of the day, I found a string of black photos.  There were rooms in the museum that were very dim, and I suppose the Clip just kept trying to take photos in the low light.  While clicking through the black photos one by one, suddenly one popped out at me – a character from one of Miyazaki’s films; all white, with an apple in its mouth.  It was unexpected, and, for a split second, not really comprehensible. 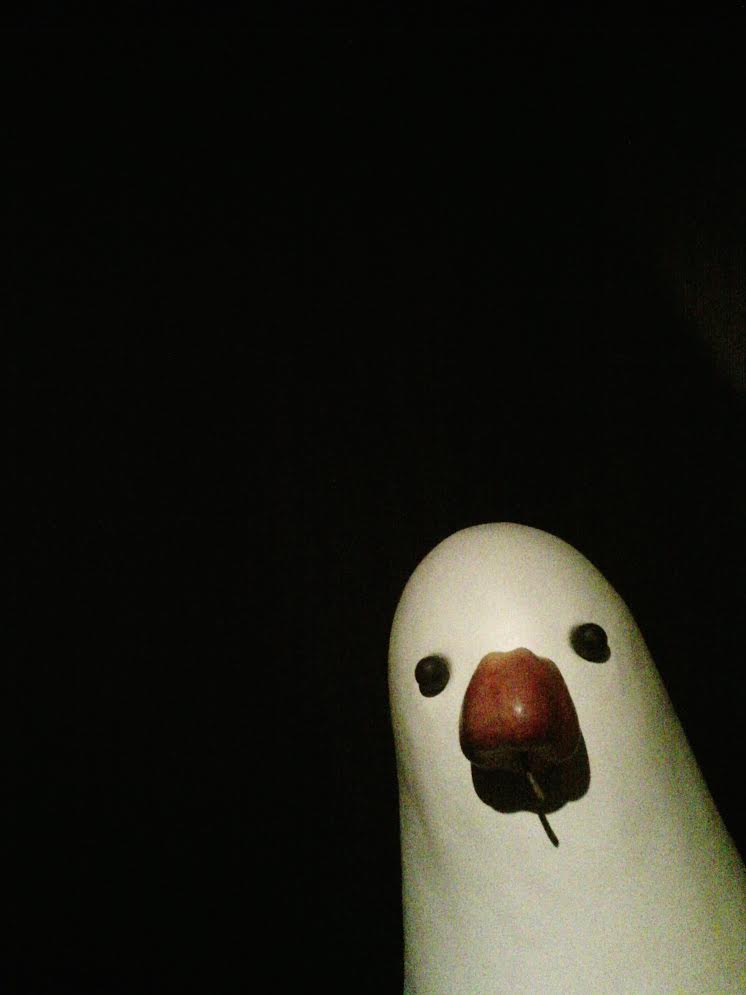 Do you have any stories around how people react to the Clip?
I’m usually wearing it around family or friends.  While their initial reaction is somewhat unsettled and borderline distrustful, they eventually warm up to the idea of me wearing it, because they know who I am and trust me.  In most cases they forget about it completely, but when they do remember, the camera suddenly becomes a fun for a moment.  They pose and mug for the camera, and then they forget about it.

What is best moment you’ve captured with the Narrative Clip and why?
The Clip captured a picture of my cousin wearing my brother’s girlfriend’s breastfeeding pillow on her head like a hat.  This is the best moment because I don’t think I’ll come across anything like that again.

SEE ALSO:  Have You Ever Been to a Japanese Fish Market for a live Auction?

What’s a feature(s) you’d really like to see added to the Narrative service in the future?
I think for the most part I’d love to see a wider angle lens in the Clip. Wifi accessibility would be great.  A Clip that could accept a Data sim card and send photos to a cloud account as they’re taken would be amazing!  And I’d love the ability to control the frequency of the taken photos.