There’s wearable tech for everybody! From cradle to grave, from humans to beasts and from your wrists to drones that hover over you – you name it, the wearable tech world has it! With Samsung predicting a festive boom for wearable tech and almost £105 million in spending on over a million different devices in UK alone, it would actually be good to get yourself equipped with all the wearable tech devices out there in the market. And if you’re not sure if this is the thing for you, here are 5 ways to tell if you’re ready for the age of lifelogging. So without further ado, here’s a comprehensive list of wearable tech that we’d like to share with you!

For the little ones

SEE ALSO:  Halloween special: 5 creepiest lifelogging devices that might soon find its way into your body

For the young adults / fitness enthusiasts

For those in need

Video credited to The Creators Project

Read more: The Inner You, A Wearable That Can Track The Status Of Your Heart, Both Emotionally And Medically 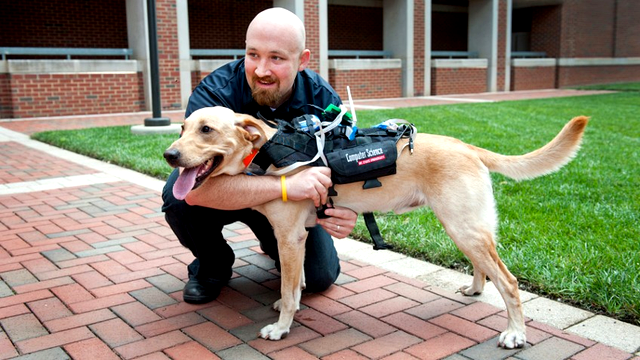 From wrists to drones

Video credited to The Creators Project

And here’s a wrist wearable with a twist – NIXIE is the first wearable and flyable camera. This means that NIXIE’s wrist straps unfolds to create a quadcopter that flies, takes photos or video, then comes back to you. As the winner of Intel’s “Make It Wearable” contest this year, NIXIE is currently still in developmental stage but we thought it’d be interesting to keep watch on this wearable and flyable camera before it soars out of sight.

If all else fails…

Well, if none of the wearable tech devices that we’ve shared today appeals to you, you could try building your very own self-monitoring device or … here’s one that absolutely stole our heart – wearable Marvel sleeping bags. Get them today!