Since the term “quantified self” was coined in 2007 by Kevin Kelly and Gary Wolf, it has seen much progress in terms of entering the mainstream consumer market. All kinds of wearables exist for all sorts of purposes, with the primary aim to live out a more fulfilling life (or simply to nod in unison with this quote attributed to the Socrates “The unexamined life is not worth living“). Whatever the motivation for lifelogging, we at Narrative are of course extremely excited that many have chosen to lead the more quantified life. And today, we would like to share these 5 interesting ways people have used lifelogging to enrich their lives. We hope it helps you expand your definition of lifelogging and feel free to share with us if you have any other ideas!

Read more: The rise of the ‘quantified self’ and How The People Are Taking Over The World

As we all know, behaviours before and after marriage can vary a whole lot. One data scientist by the name of Alice Zhao, after receiving a Word document of all the text messages her (then) boyfriend had given her for their one-year anniversary, decided to present her husband with a new and improved gift of data after getting married for six years – a visualisation of all the text messages before and after marriage. She pointed out that her husband has always had somewhat of an obsession with “home”, while she transited from one who frequently began conversations with “hey” to simply agreeing with her husband on everything by saying “Ok”. How have your wedded conversations changed?

SEE ALSO:  This week in lifelogging: What happened at QS conference, QuantifiedAwesome and Evernote Food

Read more: What do YOUR texts say about your marriage? Couple chart their six-year SMS history as it changes from ‘sweet dreams’ to ‘what’s for dinner?’

2. For augmenting his damaged memory 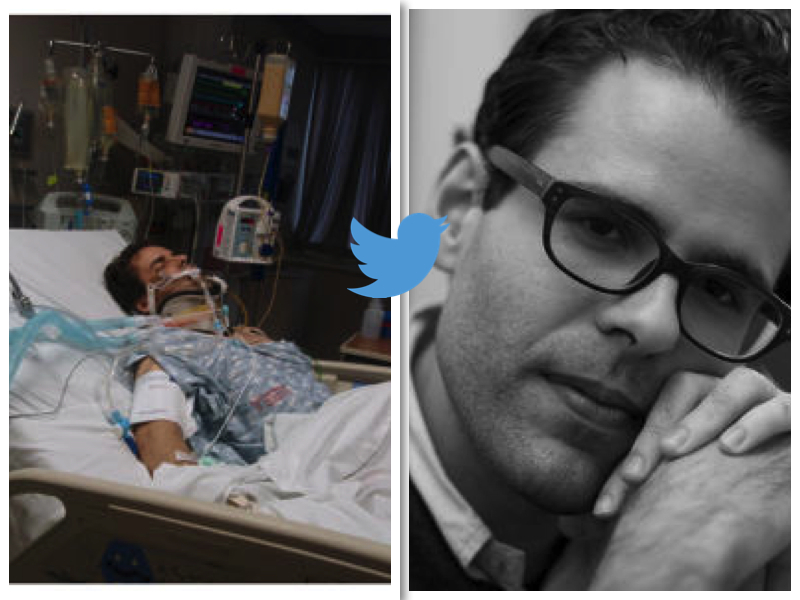 After meeting with a car accident that rendered a compromise in his declarative episodic memory, Thomas Dixon has relied heavily on his smart phone, particularly Twitter, to augment that part of his brain that isn’t functioning properly. Dixon does this by using Twitter throughout the day to make notes of what he isn’t likely to remember tomorrow. While this form of extreme journalling exists for lifelogging enthusiasts, Dixon says that this is a very necessary practice for him to function independently.

3. For capturing the joys and hardships of parenthood

The team at Huggies Korea recently launched a campaign that literally stole our hearts (and tears) away. After inviting several mothers to discuss the joys and hardships of raising their children, Huggies provided these moms with two lifelogging cameras for a week, one to be worn on the mom and another on her baby. The result is absolutely touching. To all moms and dads using the Narrative Clip, please tweet at @getnarrative and #narrativeclip to share your lovely parenting moments with us too!

Read more: Heartwarming Project Uses Lifelogging Cameras to Capture the Bond Between Mothers and their Babies Lifelogging can of course be expanded to include documenting the environment in which human beings live. And this is how photographer Camille Seaman has made use of visual lifelogging to spread awareness of the reality of global warming. Although initially unintended for chronicling climate change, Camille eventually titled her photo book “Melting Away” as she began to photograph the endangered polar regions, which she loves and connects with after a visit to Alaska, Svalbard and Antarctica more than ten years ago. Order this photo book now for some amazing and absolutely stunning photography.

SEE ALSO:  This week in lifelogging: how the digital age has forever changed the way we process anything

Read more: Melting Away: A Decade of Arctic and Antarctic Photography by Camille Seaman and c. 1890-1910 Victorian Revellers at London’s ‘Appy ‘Ampstead

5. For a better quantified social self With almost everyone getting hooked on social media platforms, analysing and understanding our social media selves could be very telling of the way we interact digitally. To do this, Jamie Todd Robin uses ThinkUp, a smart and simple web app that analyses your activity on Facebook and Twitter to provide you with meaningful insights into your social media behaviour. According to Jamie, the insights generated by ThinkUp falls into four categories – personal insights, fun insights, pay it forward and improving social media behaviour. Find out more about how ThinkUp works here!

Read more: How I Use ThinkUp for a Better QuantifiedSocial Self