How long have you been using your Narrative Clip?
Just over a week.

How often do you use your Clip and in what settings?
I’ve not had my Narrative Clip permanently attached to my person – my day job isn’t interesting enough to throw up many exciting pictures. It has however quickly become part of my apparel when I go out for dog walks, visit friends and relatives, or take any exciting trips out.

Please explain your decision behind getting a Narrative Clip?
I first saw the Narrative Clip at the Gadget Show Live @ Christmas in London.  Life-logging devices had just started to emerge, but most were quite bulky and ugly.  The Clip stood out to me as a wearable device that would be covert enough to regularly wear without people getting put off that I may be photographing them.  The included app integration and the way the Clip organises ‘moments’ also appealed to me.

Describe what is it about the Narrative Clip that you like best?
It’s small and discreet, but still capable of taking a huge amount of pictures with a battery that seems to last plenty of time without it having to be *yet another* gadget that requires daily charging.

How do you wear/use the camera?
I started off wearing it at the top of my shirts and jackets, but found that most of my pictures were coming out of beautiful tree tops and skies – but not much else.  I’ve since started wearing it further down to get a wider view of the world.  I’ve also experimented with attaching it to the sun-visor in my car, and to my dog…

SEE ALSO:  Your Narrative Clip photos show up in the App FAST with improved momentification 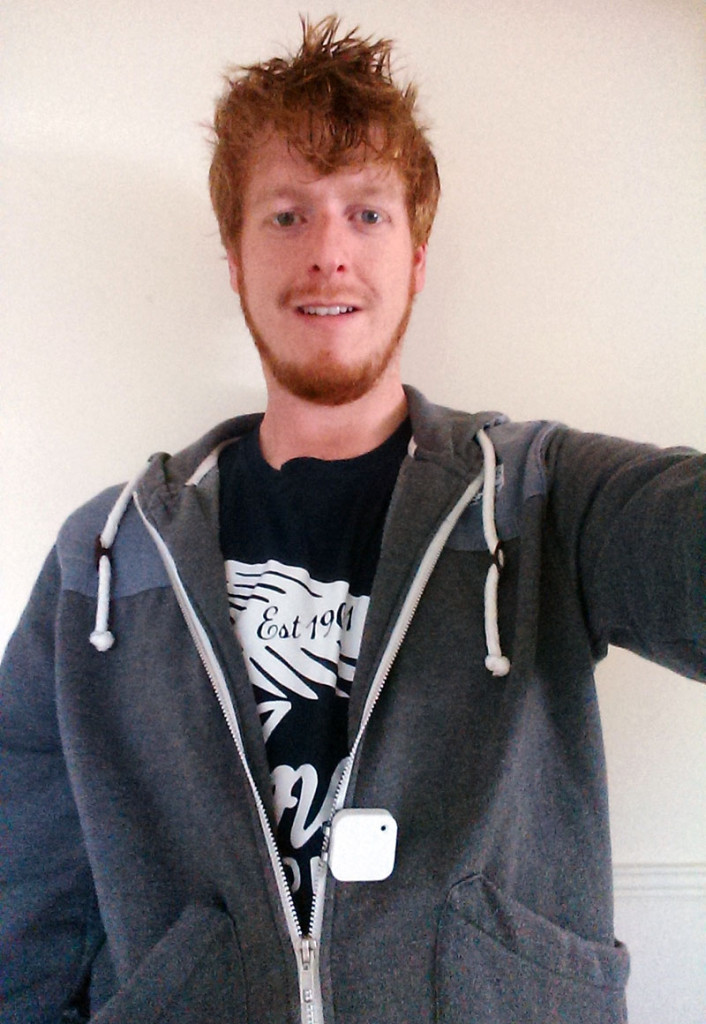 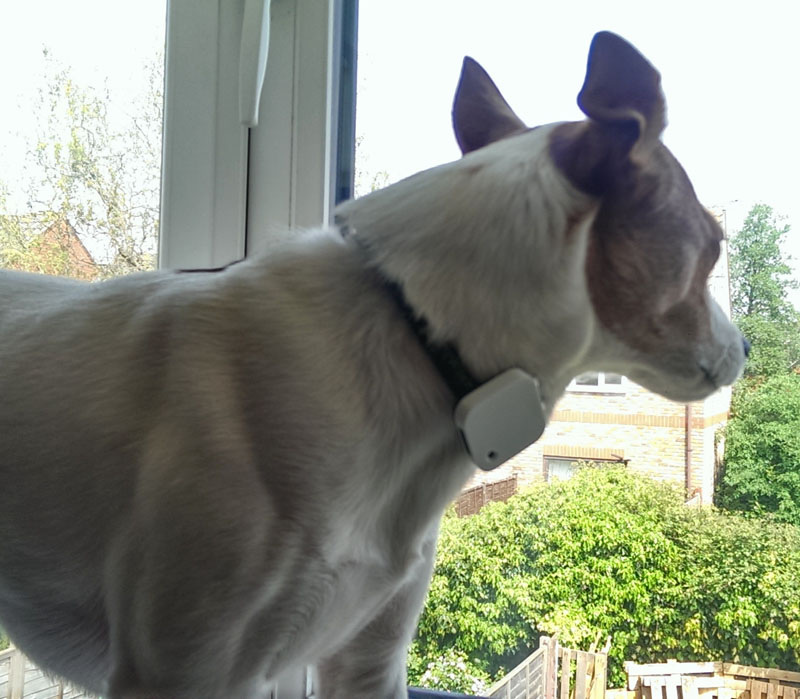 What’s the most surprising and/or interesting photo you’ve gotten so far?
The most interesting moments from my Narrative Clip came from attaching it to the front of my dog’s harness whilst taking her for a walk.  She’s only a little Jack Russell Terrier and so attaching the Clip to her gives me a greatly different perspective on the world. 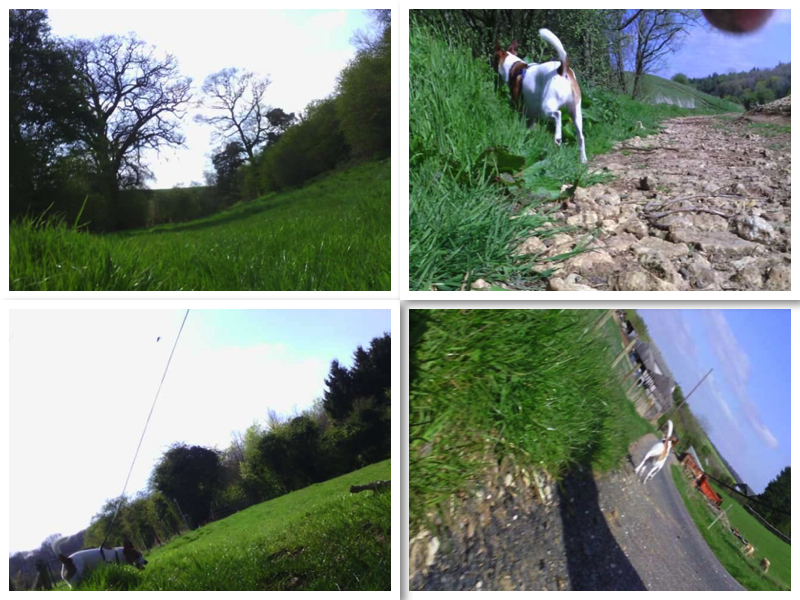 Do you have any stories around how people react to the Clip?
Well people are used to seeing me messing around with new technology, so to a lot of my friends it was no surprise, but some didn’t even notice it until I pointed it out to them – a testament to how well it blends in to my clothing, especially in white.  When I first received it I posted a picture of it on Facebook to see if people could guess what it was.  Guesses ranged from a pedometer, a Wi-Fi repeater to a rape alarm!

What is best moment you’ve captured with the Narrative Clip and why?
As I haven’t had it for a long time, I’d say that attaching it to my dog has thrown up some of the most interesting photos so far, and although because of her constant movement a vast majority of the photos were little more than blurry messes, some really nice snaps with a different perspective to anything I’d capture were picked out by the Narrative app.

What’s a specific use case for your Narrative Clip that you’re looking forward to?
I’ve pondered all sorts of uses for the Narrative Clip – a friend has even suggested we attach it to a helium-filled balloon (with a long tether) and send it up a couple of hundred feet for some interesting landscape views – I’m really keen to do this!  I’ve also pondered attaching it to remote control planes, and the front of my car (with some additional straps to secure it!).  The size of the Narrative Clip and automated nature of the photography opens it up to some rather exciting uses beyond most ‘normal’ cameras.

What’s a feature(s) you’d really like to see added to the Narrative service in the future?
I’d like to see wireless syncing (perhaps via Bluetooth) to be able to review and share photos when on the move, or when away from a computer for a few days.  Although of course it would take up considerably more memory, I’d also like to see the option of taking miniature bursts of video (no more than 3 seconds) rather than photos.  These little snippets of video could create some fantastic ‘moments’.

Anything else you’d like to add?
Just to mention that when I attached the Narrative Clip to my dog, it was lost in a field towards the end of the walk. I searched for quite a while in the field without finding it, so had to leave it and head home.  I returned two days later and luckily managed to find the Clip safe and well. It had survived two damp Spring nights face down in the mud, yet the moment I picked it up, it started taking pictures again as if nothing had happened – I was seriously impressed (and thoroughly relieved!)