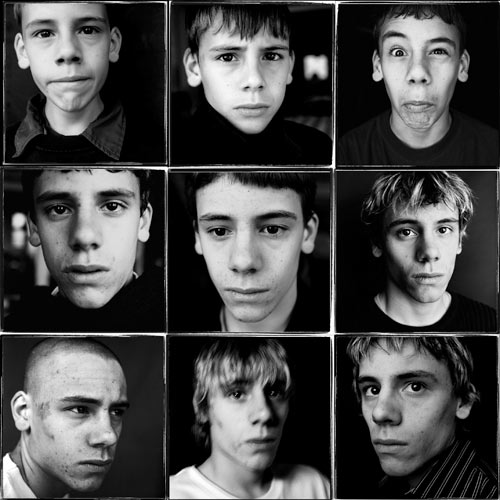 Long before the term “lifelogging” was coined, people have tried to preserve their most valuable moments through taking photographs. Be it weddings or graduations, the camera has woven through the crowd to find its calling in life – to capture life’s greatest milestones. Yet, as people gained easy access to cameras through cheaper and more convenient devices such as the smartphone, the camera has found another primary purpose – to capture everyday moments or to lifelog. This week, we found a very interesting photography concept by Clayton Cubitt, who discussed how the decisive moment is dead and embracing the constant moment is the way to go. He argues that the decisive moment has laid a trap for photographers, causing them to believe that there has to be one photographer, one lens, one camera, one angle and one moment. When that particular moment was gone, it was gone. Forever. However, with the advance of automatic recording devices such as Google Glass (and the Memoto Lifelogging Camera, of course), constant moments will, as Clayton Cubitt puts it, bring us “as close to a time machine as we’re likely to get”.

Read more: The Decisive Moment is Dead. Long Live the Constant Moment and The power of photography: time, mortality and memory

With quick developments for Google Glass, such as the latest Facebook for Google Glass and the launch of a facial recognition API by Lambda Labs, perhaps the concept of constant moments that Clayton Cubitt wrote about is not too far away. And wait, did we hear something from Olympus as well? A new patent reveals that Olympus has hopped on this bandwagon of wearable technology and is releasing a modular camera that is capable of splitting itself into an eye-worn screen and imaging unit. Avid visual lifeloggers are going to love this one!

SEE ALSO:  This week in lifelogging: fitness redefined, Fin at your fingertips and little Batman's perspective

Tech boosters: up and coming

We know just how much it means for lifeloggers to own devices that have a long battery life and are portable and easy to use. And we also know that many lifeloggers are already using various lifelogging apps and other digital devices to archive, quantify and analyze various aspects of their lives to improve it. And that was why we couldn’t wait to share this piece of news with our Twitter followers. Apparently, an 18-year-old teen from California had invented a tiny technology that charges one’s smartphone in 30 seconds or less. In addition, researchers at Northwestern University have devised a new method of creating large volumes of graphene, which can then be used for making foldable computers. Thumbs up for a foldable Memoto Lifelogging Camera whose battery lasts forever?

Quantified Self and lifelogging

Many people lifelog and quantify themselves to carry out various analyses and improve their health. Besides an Israeli firm who has developed a watch known as the Oxitone that prevents  heart attacks, a Californian firm, Scanadu, is also aiming to make health tracking as easy as possible. One simply has to put the Scanadu Scout over his forehead, and vital information such as heart rate, body temperature, respiratory rate, blood pressure and ECG will be displayed on his smartphone in just 10 seconds. Support them at their IndieGogo campaign today!