The first Narrative hackathon was a huge success

Narrative had its first open hackathon at their Stockholm office on 27th February. Amidst more than 20 enthusiastic participants, the event kicked off with some awesome mingling over breakfast where the company introduced some members of their team and then the participants shared their ideas following which everyone teamed up to get started with the hackathon. 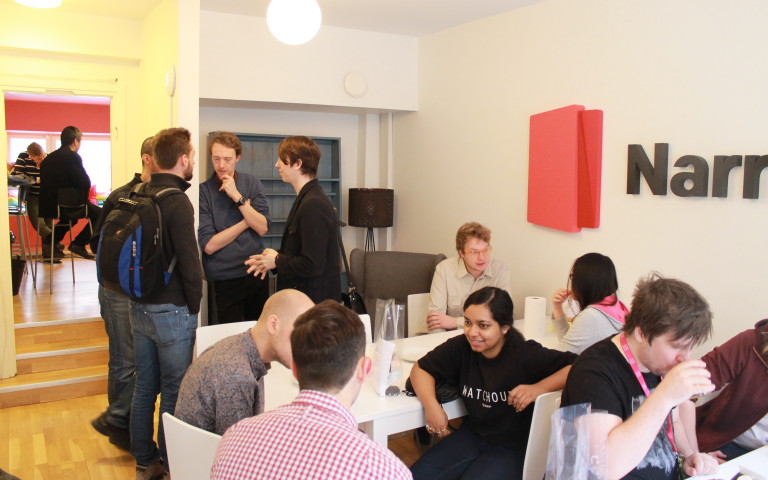 Amidst all the awesomeness of food, candy, beverages and coding rampage, 5 teams came up with some pretty cool ideas and after approximately 10 hours of hacking and cracking, the teams presented their prototypes.

Team “Odditive” built a cool android game application using the Narrative apis to find the odd picture out from 4 pictures from the user’s own Narrative image database. The oddity could be based on the day, week, month or year. So, 3 images could be from the same day while the 4th image maybe from a different century all together!

Team “Punchcard” built a tool to graphically show circles of varying sizes representing each day of the month based on the usage of the Narrative clip, the size of the circle being directly proportional to the number of images clicked by the clip on that day. Narrative users can try it out here.

Team “Autimood” built a really cool application using the Narrative api and the Microsoft emotion detection project to help autistic kids understand human emotions in a better and fun way. They use the images from the narrative database and analyse faces for emotions. At the end of the day autistic kids can sit down with their parents and play a fun game of identifying the emotions of the people they meet during the day.

Team “Chronicle” built a mashup between Narrative and a calendar to tell a story all the time. They log user’s images based on time, date and location to build a life story.

Team “Time Machine” built a location based application based on the Narrative image APIs for public events and spaces. Their application logs user’s and their friend’s images on a map based on date and time, and next year users can compare what their friends are doing this year on the same date.

The hackathon was indeed very fun and a really good experience for all the participants and hopefully Narrative will organise more of these events soon! 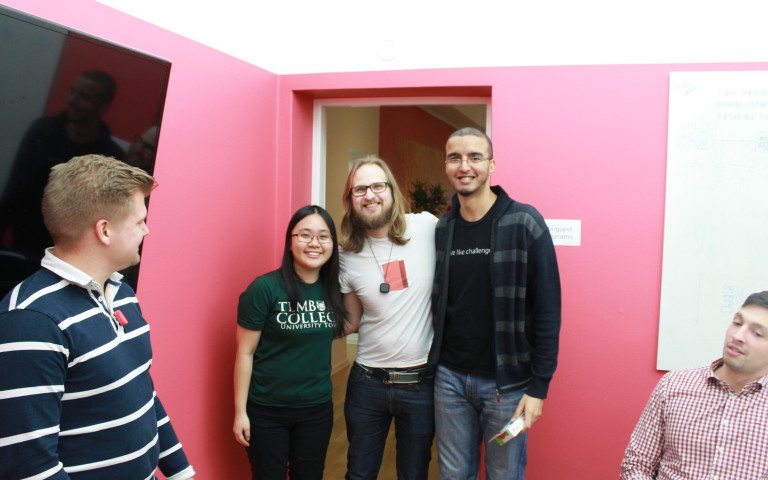 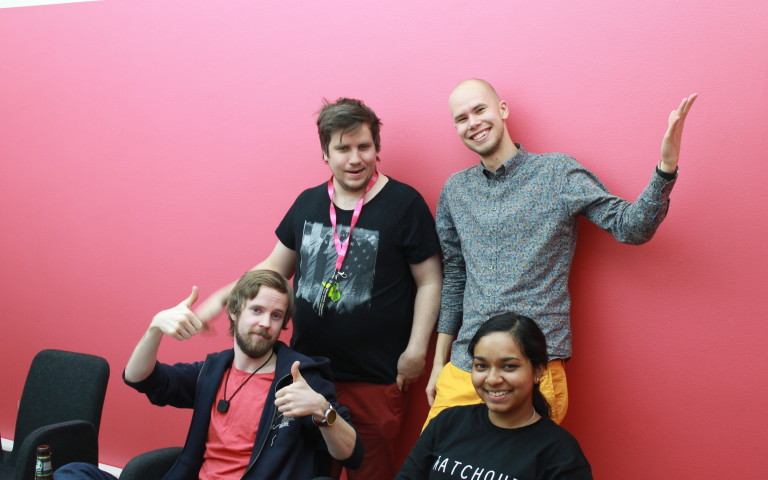