September 4-6 the East Sweden Hack happened in Linköping. This hackathon is an initiative arranged by Mjärdevi Science Park in collaboration with Linköping’s University, Linköping’s kommun and Norrköping’s kommun, and sponsored by a wide variety of companies in the east Sweden region. The aim is to have talented students connecting brilliant minds with creative ideas and local data suppliers. 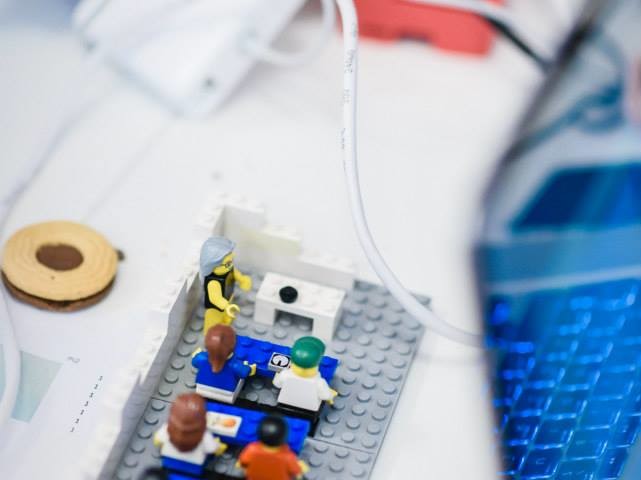 All beautiful pictures are taken by “Crelle”. Navigate to www.crelle.se for more information

Narrative was one of the sponsors and also a partner, sharing our API for the teams to hack on.

East Sweden Hack has grown during the past years and was quite large this year. The preparations have been ongoing since mid December, which seems like a long time for a hack, but when the actual weekend arrived, the need for thorough preparations was clear. It was huge but also very professional!

20 teams signed up, all together 80 participants, and consisted of a mix of employees from work life and students from Linköping University, Stockholm University and Gothenburg University. There was also a “beginners team” from upper secondary school, not as skilled within programming as the rest of the teams, but skilled enough to create a great product. This year they also had a wild card team, consisting of 4 participants that signed up individually and were matched about a month before the hack. This team won one of the category prizes, which shows that even four strangers can find rewarding ways to cooperate in a short matter of time.

The theme and standards

The project team’s level of ambition was high from the very beginning which having an external design company to make the graphic profile, or the pre-hack event in Visualiseringscenter in Norrköping set examples of, so the expectations were high as well from all of us partners and sponsors. During the pre-hack in May, we got to listen to  Ellen Sundh, a really interesting speaker giving us the background to her happy shoe rack among other things (check that out if you haven’t already). Ellen was also in the main jury at the hack, evaluating the criteria “Internet of Things”.

This project team set a higher threshold to qualify for the hack, meaning the teams needed both experience in programming, fantasy and creativity. The IoT demand also set the level and resulted in many teams waiting to apply to the hack before having an actual idea that could be realized.

Two teams chose to use our data for hacking. The first team created a mixed playground based on both a game app and a IRL playground. I wasn’t that clear how they used our data, unfortunately.  What I do know is that they combined ours with Spotify’s in some way. Another team used our data together with Linköping’s kommun and SMHI’s (Swedish meteorological Institute) to connect IoT with interesting information and things on an accurate location. This was also a bit too abstract for me to get how they used our data.

Internally, we had a great support from our CEO Martin, who showed up at the hack on Saturday ready to answer technical questions. Also, Simon, Dan and Herman among others in the dev team created an API chat room on slack for the hackers to log on to in case they had any questions. That was an excellent way to get information from us out to the hackers. After what I can see, no questions were asked, so I guess they needed no support from us this time.

Friday night started with a kick off with representatives from all partners and sponsors, all teams and lots of politicians and other interested parties that wanted to show their engagement and enthusiasm. We had a great night with mingle and snacks kicking it off. Saturday it all started early in the morning with a pitch from all teams, before the actual hacking begun. It was a really intense day with lots of energy. laughters and great spirit.

I also got the privilege to do some “shitty prototyping” with the Coder Dojo (programming for kids) team, meaning that the kids came up with surreal and intelligent ideas and got to build them in paper, tape, glue, glitter o

r whatever material they preferred. Démola, a Linköping company, does this on a project basis for companies as well, but this time it was the kids turn to play around. I had a blast trying to help them out to realize their ideas. The result? An self-driven electromagnetic car with an ultra sound system warning animals on the road to avoid

accidents. They named the car “Magnesty”.

The other team created an app that could stop, speed up or slow down time for anyone who did not wear their special glasses. Kind of a cool thing. Especially good if you want to do tricks on someone, like knitting their shoe laces together as time is frozen for them. Kind of interesting! And scary.

For the rest of the weekend, the teams worked really hard getting their projekts together. If you are interested in knowing exactly what the teams were working on and which data they used, there’s more info on this website (in Swedish).

I had a walk around to talk to the teams, and the level of engagement, great mood and high spirits were contagious so it was really difficult to drag myself out of there. I had a good time just hanging around serving candy and fika to the teams.

With such high level of ambition, you bet the awards was a great happening. The teams got three minutes each to present their products and in between two sessions, the jury got to walk around and see the real products before deliberating in private. The outcome was great I have to say, and several of the products I would buy today for personal use. I even got inspired to try to make something out myself. That would be a challenge!

The teams competed for he grand prize “Best project”, but also for category prizes evaluated by the prize sponsor companies. This is where Narrative played a really active part, with Herman Olsson and Simon Pantzare as members of our jury, together with Johan Lindén CEO at Gaia, and Christian Gustavsson, local (m) politician in Linköping. We awarded “best team spirit” which is quite an interesting category to evaluate, giving our jury a challenge to dig into. All prize sponsors had four criteria to start from, and one of ours ment interviewing all 80 participants. Getting that done in afternoon is a great accomplishment

You could easily tell that some projects were more appreciated by the prize sponsors than others, such as “intellipark”, an app making it possible to remotely book a parking space in

Linköping before getting into thecar. This team won three awards, and were also offered to develop their project for live use. Alexander Vidar in that team is in the Narrative community. You can watch and like his moments in the explore tab i our app.

The team “Itsnoworry” did this smart, simple and elegant product measuring how much snow your roof could bare before falling in and connected the scale to upcoming weather prognosis. I would buy and use that product any day, and many agreed with me. Maybe that’s shy they won a number of category prizes.

Another team that stood out from the crowd was the team “Pulsify” that hacked a pulse measuring instrument connected to Spotify that automatically plays calming playlists if your pulse raises when at work. They had a great team, with lots of energy, and they were the winners of our award; best team spirit.

Beside the category prizes, there was a main prize for “best project”, awarded by the main jury, that beside Ellen Sundh consisted of Karin Ahlin, in charge of evaluating “open data”, Per Jonsson, in charge of “business potential/benefits for society and Tobias Ahlin, evaluating user experience. The main prize was a trip to Berling together with selected partners, aiming to visit startups and IoT businesses. Last year the winners were awarded a journey to San Francisco and visiting Narrative was on the schedule.

This year, team “trygga” won the grand prize with their assault alarm, sounding to people nearby, close family and friends and the emergency service. This was their third time participating in East Sweden Hack so they were extra happy to win this time.

All winners are announced at http://eastswedenhack.se/

Among all the category prizes, we figured out we needed an award that stood out of the crowd and was something that is significant for Narrative. Oskar came up with the idea to have best team spirit instead of, best development or best

market value or similar. This gave our excellent jury a challenge, but they handled it so well. You know my heart beats for culture and team spirit so for me, this was really a natural area to reward.

All the fun stuff

Being a part of East Sweden Hack has been so much fun! The organization around the hack has been professional, fun and developing. Narrative has been an active partner all the way through this project and it has been really rewarding to meet the students and work close to other both local, and national organizations. It gives a really interesting perspective to be a part of a group with representatives from public organisations and privat companies of a wide spread. I have also been given the opportunity to network and meet other HR-professionals interested in employer branding, culture and with a focus on recruitment, which has been rewarding for me personally.

For Narrative, this has helped us spread our brand even further. Maybe next year our data will be a part of the winning product.

And I realized I love phone booths and funny hats. Very much! .

Luckily, so do Martin Källström and Herman Olsson too