Magic in the mundane

Just a few a weeks ago, we at Narrative discussed how a typical day at work might look like 5 to 10 years from now in This week in lifelogging: the futuristic workplace. Yet, we all know that home is where the heart is. So today, we will be discussing matters of the heart in what might look like home in years to come. The video you see above shows how one man, Mr. David Rose, sees a future where we can all live like wizards. ‘Enchanted objects’, as he calls it, are ordinary things that have the same function as before, except now they can talk and are connected. In other words, they are simply ordinary things with extraordinary capabilities. Besides using the Narrative Clip that we absolutely love, Rose also sees a futuristic home adorned with various ‘enchanted objects’ like smart cutlery that monitor our eating habits, a table fitted with Google Earth so we can explore and talk about the world with our children, as well as smart umbrellas that are connected to weather forecasts to remind you to bring them out when it is about to rain. Perhaps the beauty in all of this lies in technology helping us with the mundane aspects so that we can free up time to be better family members or simply more human at home. What will you want in your futuristic home?

Handmade “Google Glass” by the little ones

And if you foresee your futuristic home to be buzzing with activities because your little ones are programming prodigies who love hacking every ordinary thing to become an enchanted object, you’re probably not alone. The parents of 13-year-old Clay Haight are just soaking in what their child has created – the most adorable Google Glass yet. Even though what the tech giant created in its latest piece of wearable tech has been highly contentious, what Clay created is seen as both cute and cool. With whatever money he saved, Clay managed to purchase an Arduino Microboard, a battery and a 3D printer to print the glass frame. These items, together with his passion for gadgets and instructions from hobbyist site Make: magazine, allowed Clay to create his version of the Google Glass that allows him to run around the house and tell his parents the temperature just for fun. Now we all wonder if Google is just waiting for Clay to grow up, in order to welcome him with open arms into the company.

SEE ALSO:  Memoto - behind the scenes: A visit to our manufacturer, Yomura

Focus for the whole family 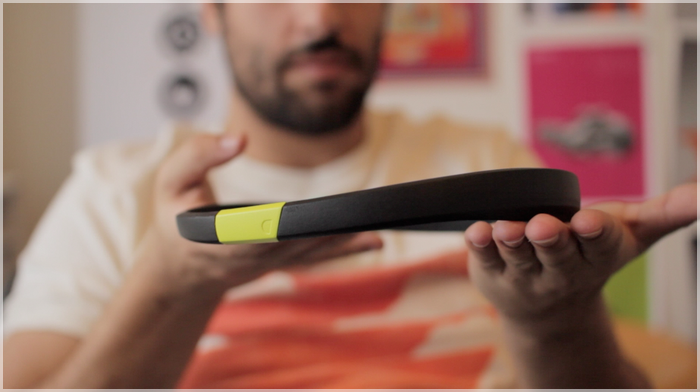 Or if all that flurry of activities from your little ones is causing you to lose focus at the full spectrum of household activities that you have to get done, Melon could just be the solution for knowing whether you could beat that productivity loss with some country music that you enjoy. Melon is an activity tracker for your brain that teaches you about cognitive performance. It tracks several mental states including focus, relaxation and meditation, and then wireless communicates with your smart phone to help you understand how you feel and teaches you how to improve. The basic idea of Melon stems from how the things around us affect our mental states, both positively and negatively. By understanding that data better, one can then train his/her brain to attain their desired mental state.

Read more: Meet Melon: The quantified self headband to help calm your brain and get you focused again

In the video above, you would find what is created by the Human smartphone app makers as they draw maps of urban movement happening around the world. From walking to running routes, as well as cycling and driving routes, the visualisation of these collective personal data is not just aesthetically beautiful, but have also been able to garner insights on a larger scale, which could be used for better urban planning. Besides generating these visualisations, the information was also used to rank the cities in order of what their top mode of transport was. Amsterdam topped the list for cycling, while Washington topped it for walking and Berlin for running. According to Eric Boam from The Guardian, “When we aggregate the right data and tell our stories collectively, they become a powerful social narrative. Under the right scenarios, they can even act as an agent of change in the world.” According to him, this has already happened in 2009 when two data researchers told a story powerful enough for New York City to shelve their re-zoning plans, using real-time data collected by the smartphones of workers in a specific district. Perhaps we are the agents of the change that we want to see, beginning from our own homes. What do you think?

Read more: Telling stories about ourselves through big data and wearable technology and Inside The Bizarre, Data-Driven World Of Lifeloggers