How long have you been using your Narrative Clip?
2 weeks.

How often do you use your Clip and in what settings?
I only use it when I’m going somewhere where people won’t get mad that I’m wearing a camera (which is very easy to tell with the Clip), and where there is going to be a ton of light. I’ve been too frustrated trying to take indoor/evening/night photos and just getting noise.

Please explain your decision behind getting a Narrative Clip?
I am a photographer, but I work totally manually, making the idea of lifelogging very strange to me. A friend and I had talked about lifelogging, and a few days later he sent me a link to the “Memoto” Kickstarter page.

Describe what is it about the Narrative Clip that you like best?
I like the whole idea of the Clip and that it’s black.

How do you wear/use the camera?
I tried wearing it as a necklace, but the angle of my sternum made the clip point up, giving me dozens of sky photos. I tried to shim the necklace, but it makes it so bulky that it’s obviously a camera and that draws way too much attention. I tried clipping it on my purse, but it fell off at a roulette table in Vegas. Now I’m trying it as a higher necklace, on a silver choker, but people seem to notice it even more that way. Ultimately, I have not yet figured out the best way to wear the clip. 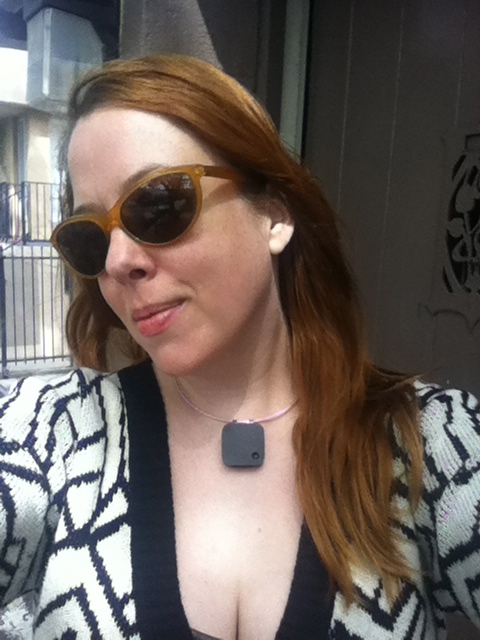 Paula and her Narrative Clip

What’s the most surprising and/or interesting photo you’ve gotten so far?
I wore my Narrative clip to the Hollywood YMCA and captured a man working out in front of me, wearing slacks and leather dress shoes. 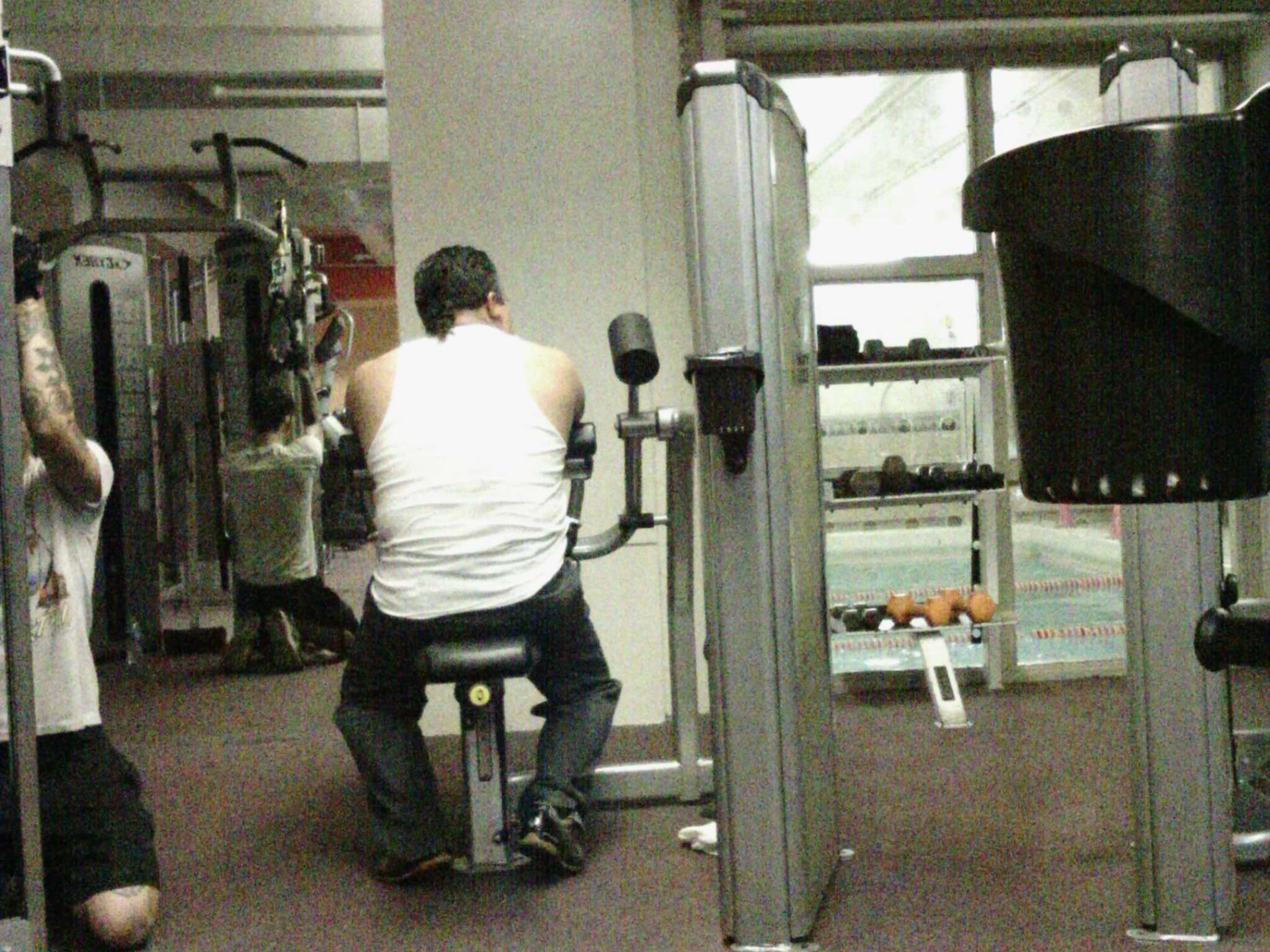 Do you have any stories around how people react to the Clip?
It is so obviously a camera that everyone has to ask. Then they either tell me to put it away, or they ask where they can buy one. I took it to the LA Marathon and tons of people in the crowd asked about my Narrative and wanted to look at it.

What is best moment you’ve captured with the Narrative Clip and why?
I liked getting the Bellagio fountains erupting in Vegas, with a truck billboard for Million Dollar Quartet driving by. I would honestly have to say that all the best moments have been missed, but I’ll try to get better with that. 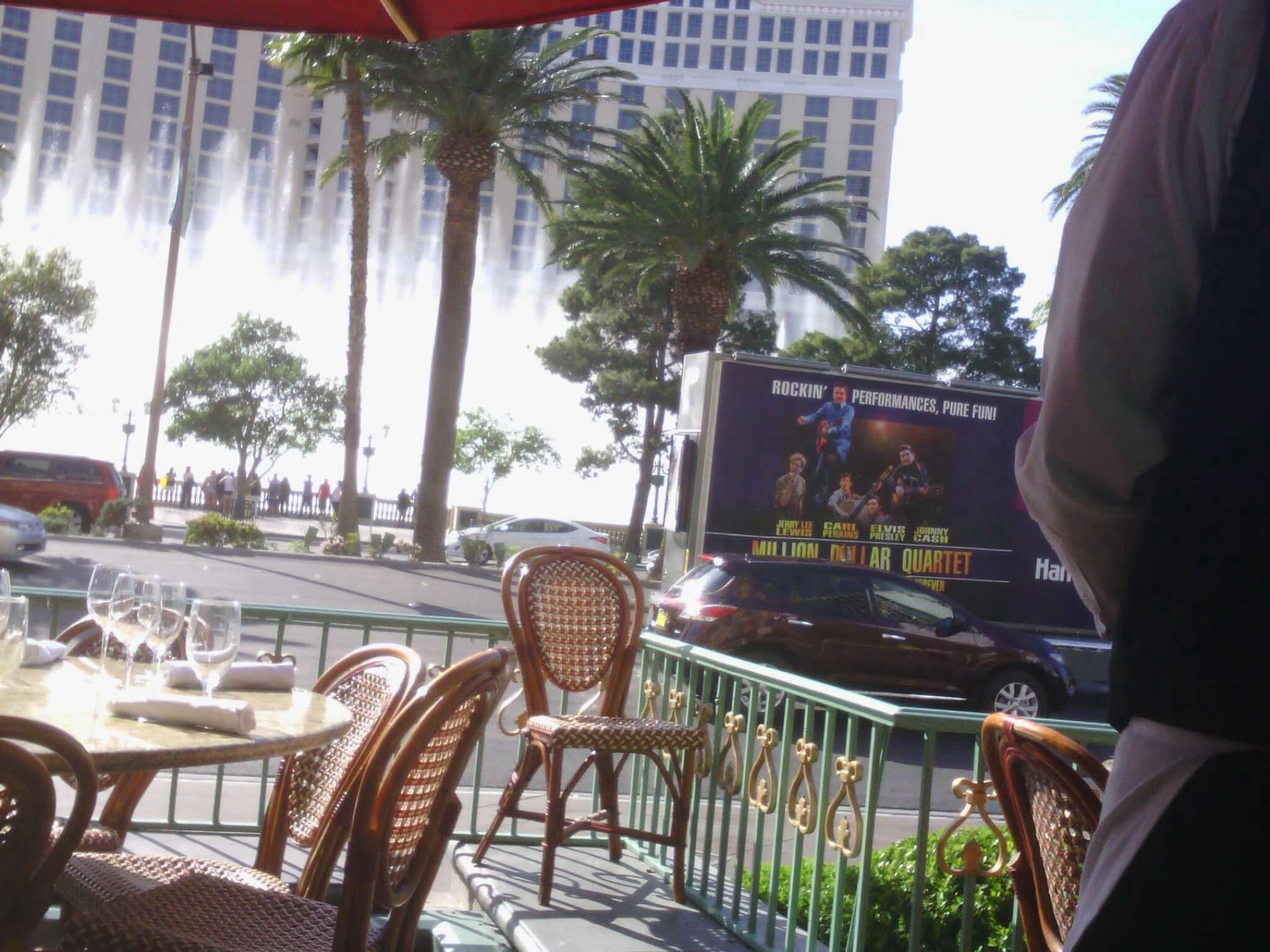 What’s a feature(s) you’d really like to see added to the Narrative service in the future?
I would like an easier way to sort and store photos. Right now, I have to select them, send them to my photo library, and email them to myself by putting each photo in the body of the email individually. No other way seems to work. Also, as hard as this probably is, I would like the Narrative to be less bulky, so it calls less attention to itself. And better quality photos in low light.

Anything else you’d like to add or share?
All in all, I’m very excited to be on the front end of magic like this. I think it’s a great product and service, and I look forward to seeing Narrative develop.

You can see more of Paula’s Narrative Clip photos here.

Sharing is caring! Lend your clip to a friend.