When we think about lifelogging, we often think of capturing the present moments so that our future selves can look back and reminisce upon the beautiful memories created. Just this past week, however, we discovered that lifelogging could mean more than that. It could mean re-creating the past as a reminder of the beautiful love story created, now partially handed on to the future generation. And this was precisely what Ben Nunery did. After losing his wife Ali to lung cancer in 2011, and then deciding to move to a bigger house that is in a good school district for his daughter Olivia, Ben wanted to re-create the beautiful memories shared with his wife when they first moved into this house. To do this, Ben contacted his sister-in-law, who was the one photographing Ben and Ali on their actual wedding day, and sent her a request to photograph Olivia and him in this same house before they handed the keys over. The result? Beautiful, heartwarming pictures like the one you see above. Beyond these photographs, Ben’s love for Ali will definitely be lived on and amplified in little Olivia. These last memories in the old house will definitely become memories that last forever.

Read more: The Nunerys and Inspirational photography books for 2014

Sometime mid of this year, we launched a series known as the evolution of lifelogging, and mentioned how the launch of Instagram was the accidental birth of a visual lifelogging app. With Instagram, many began photographing their daily life so that they have a visual diary to record what happened over time. Out of its many users, countless photo journalists are also attempting to offer us an insight into the daily life of people all around the world. This year, one particular photo journalist had been given honorary mention to become TIME’s pick for Instagram photographer of the year. His name is David Guttenfelder, and he became one of the first foreign photographers to be granted the ability to work in the land of whispers, otherwise known as North Korea. Thanks to him, we now get a little glimpse into this land full of mysteries and unknowns!

Read more: David Guttenfelder Is TIME’s Pick for Instagram Photographer of the Year and Pictures That Change History: Why the World Needs Photojournalists

Vigo stops you from dozing off 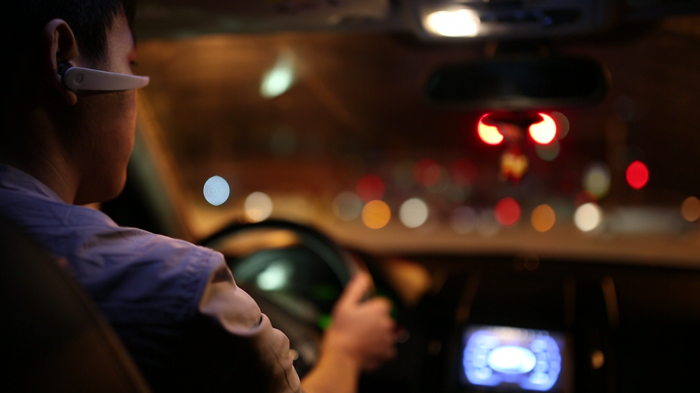 And if all that late night scrolling through Instagram is causing you to doze off at work or while driving, here’s one device that you would find super useful. Known as the very first energy gauge, Vigo could be worn on either ear to be that little nudge that you need in order to stay awake. Following that, users simply have to connect Vigo to their mobile device through Bluetooth, customize when and how Vigo nudges them and finally categorize the event where Vigo was worn so that users can look back on the data later. That way, users will be able to determine when their alertness level was highest – be it at a concert, while driving or at a boardroom meeting. Not only is Vigo able to track energy levels, but it also gives recommendations on things to do when it notices that users are about to doze off. Interested in Vigo? Check them out at their Kickstarter campaign now!

Read more: Vigo Energy Gauge Does Not Let You Doze Off and Five Innovative Applications of Wearable Technology

Besides self-tracking, wearable technology devices have also allowed fresh waves of ideas to flood into the creative industry. In the video above, you’ll find a stop-motion film created with that one wearable gadget that we’re all familiar with – the Google Glass. We too, are excited to see what creative projects are produced with the Narrative Clip! Until then, we at Narrative would like to wish all of you a very Merry Christmas ahead (:

Read more: Inside The Making Of The First Google Glass Stop-Motion Film and 13 Incredible Tech Inventions You Won’t Believe You Missed In 2013

If you enjoyed this post, you can also subscribe to our monthly newsletter! PS – Have you read about our name change, funding and our official shipping date? Read our CEO letter here