Being more aware of one’s behaviors has been commonly cited as one of the top reasons for wearing technological devices and for lifelogging. As Paul Boag puts it, “What excites me is taking control of my own life. We often go through life in a stupor and one thing to the next but this makes me aware of myself”. And it’s not just self-awareness that wearable tech brings to the table. Neil Harbisson, a Catalan artist, musician and self-professed cyborg, also makes use of an eye device to make sense of what happens around him. As seen in the picture above, Neil wears the “eyeborg” to convert light into audible sound that varies according to the color of the light. He has been wearing this “eyeborg” for nine years and was initially motivated by a condition that he has, known as achromatopsia, which is a rare congenital condition where his eyes’ cone cells do not pick up color. Check out Neil’s TedTalk or sound portraits here!

Read more: Logging our lives with wearable tech and Encounters with the Posthuman

Spreading awareness for the quantified self movement With the availability of various quantified self devices such as the Nike Fuelband, Jawbone UP, Autographer and of course Google Glass, we see an increasing number of people enrolling themselves into the quantified self movement. Here’s one person taking it just one step further. Mr. Naveen Selvadurai, one of Foursquare’s co-founders, is putting his quantified self data out there so that other people can discover interesting ways to use it. He currently puts his personal API online to expose his sleeping habits, weight, steps, fuel/activity and check-ins and will aim to add to the list as he thinks of them. Maybe this 23andMe test kit, which allows you to take a closer quantified look at your genome might interest him?

Quantified self in the Internet of Things 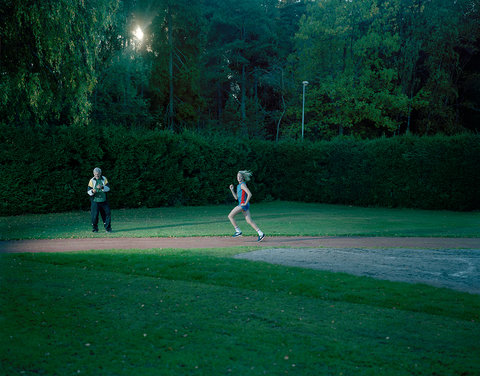 The latest research has found that women can remember faces better than men because they subconsciously spend more time studying one’s facial features. In other words, women’s eyes are fixated on a new face for a longer time than men. But rest assured, not all hope is lost for men because scientists have also suggested that the results of this study potentially means that changing our eye movement pattern may lead to better memory. And if this wasn’t true, how about we all make a conscious effort to reconstruct the memories we have like Johan Willner did? We know that we can always put our trust in the many photos we have, in order to evoke the memories that might be forgotten in future, right?

SEE ALSO:  This Week in Lifelogging: 35 Future Innovations, Wearable Tech & Its Rumors and Memoto on CNN

Read more: Never Forget a Face? Researchers Find Women Have Better Memory Recall Than Men and A Reconstruction of Memory