SXSW 2013 is over. But the effects (or memories, in Memoto lingo) prevails. Especially so for Memoto. Let me share some insights on what being at SXSW 2013 meant for us.

Austin during SXSW is probably the most dense place I’ve been in terms of people-I’d-like-to-meet per square meter. Everyone you know and don’t know seems to be there. Not only your first grade connections, but your second and third and fourth grade too (heck, I think Kevin Bacon himself was there) so odds are good you’ll get introductions to people in the most distant nodes of your network. You can’t go two blocks down the street without bumping in to someone who turns out to either a) have a brilliant biz dev idea for your startup, b) know that person you’re looking to get in contact with, or c) want to buy you a beer and talk about nothing.

During the five days me and Martin were at SXSW representing Memoto, we got introduced to a dozen of people and companies that we hope will make a big difference for the company. Plus, a gazillion others who were super fun to hang out with and made our days in Austin awesome.

None of these, I dare to say, would we have met sitting in our offices in Sweden.

The key to meeting these people were, in my opinion:

Bonus! I’m extra happy that we got to meet a whole bunch of Memoto Kickstarter backers and early pre-order customers. Getting the opportunity to meet face-to-face and thank them for their support meant a great deal for us. (You know who you are.)

Anyway, connecting and meeting-and-greeting have the extra benefit that you from time to time stumble upon someone working with number 2 on this list. 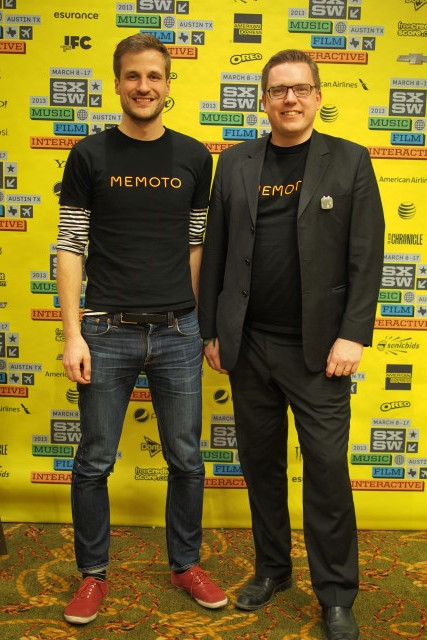 You can look like this but still get to meet people at SXSW.

Going to SXSW for the sole purpose of getting press for your startup is probably a bad idea. With a seemingly infinite number of cool, innovative and well-polished startups in town, the competition for attention couldn’t get tougher. Add to that an equal amount of cars-dressed-as-rabbits, girls-in-bikini-on-honking-vespas and scary-giant-mega-heads crowding the streets and it’s obvious that you need to both be and do something very special to stand out.

This is what we did before boarding the plane to Austin, in chronological order:

These are the interviews we ended up doing at our five days SXSW: 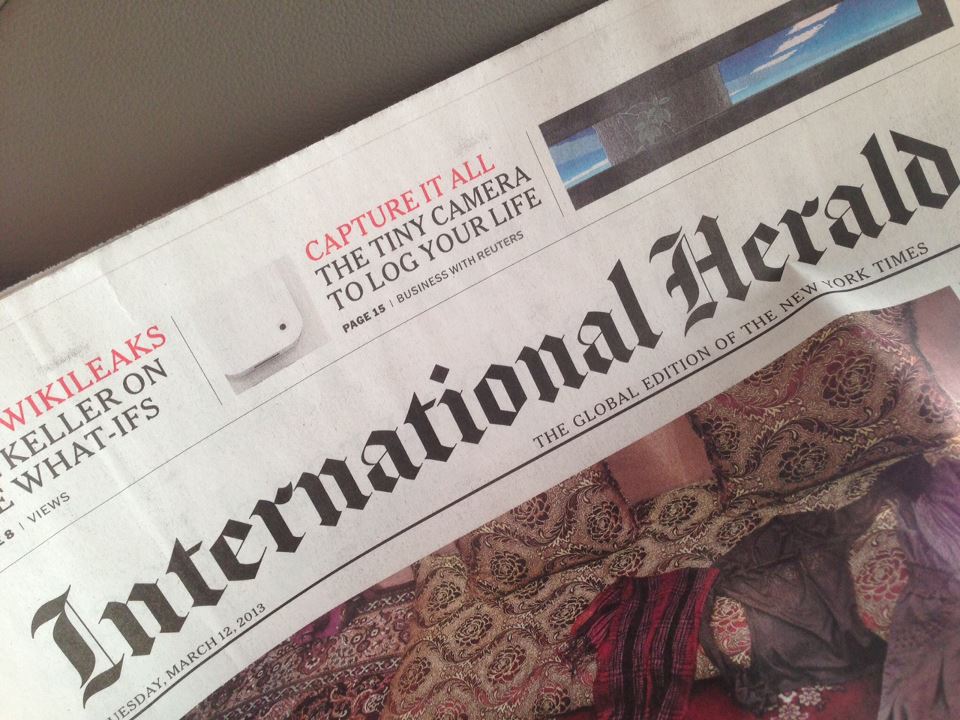 Plus, and this is almost ridiculous, we were followed for three days by a crew from a major US national morning show. (Better not say which one since it hasn’t aired yet. I don’t know. Better safe than sorry). They got in town on Saturday, put microphones to our shirts on Sunday and didn’t take them off before Tuesday. How did this happen? Because the producer called me in December asking if it would be OK.:)

So, what I’m trying to say here is:

a) It’s not worth trying so hard to get attention at events like this. Memoto would probably not have had any more attention (more likely less) should we have run around like mad dogs showing off for media.

b) If you do get the chance to talk to media, take it. The interviews at SXSW kept messing up our schedule but we worked around it so that we could fit in everyone asking to talk to us.

c) We have been open with what we are doing and always tried to make it easy to report on Memoto. The attention we got was in part because of previous relations with media. “In part”, because…

SEE ALSO:  A day in the life of a farmer - as seen by the Narrative Clip

d) … the kick-ass product in our briefcase helped a lot too. 🙂

Or inspiration, or feeling, or having fun. The spirit and the vibe at SXSW is hard to resist and sprinting between media interview, clubs, business meetings to Fitz and the Tantrums gigs and pitch competitions gives you, more than anything, an energy boost that lasts long after landing home in your office.

If the connections don’t give you what you hoped for and the press seems sour, you will still have had a lot of fun along the way, which can only mean good things for your startup.

So, now it’s time to use these connections, press mentions and energy (and cash fillings they resulted in) to get the Memoto Lifelogging Camera out the doors. While Martin and I were away, the team back home made additional tunings on the app, which we will tell you more about shortly. And after months of hard work, we could finally show the world the first photos taken with a Memoto Camera. Check it out. They’re gorgeous.

Hooray! All Narrative Clip 2 pre-orders are on their way!

Black Friday is back!

A bright light “välkommen” to our Swedish friends at Creandum