How long have you been using your Narrative Clip?

20 days ago I received my clip in the mail and haven’t stopped recording since.

How often do you use your Clip and in what settings?

I use my camera to record myself and my surroundings at every moment of every day. From waking up to getting in bed, my camera makes sure that my life is never forgotten.

Please explain your decision behind getting a Narrative Clip.
After I left home (United States) and moved to Germany to begin studying, I ended up in a totally new mind-space that made me realize that I should cherish every second of my life before it’s gone. Unfortunately the human memory isn’t up to the task, so I got a camera that could help me remember everything. Now there will always be a tangible piece of my life in this reality even after I might not be there to see it.

Describe what it is about the Narrative Clip that you like best:
The look of the Narrative is very friendly and people become comfortable with it after only a few seconds of being around it. It also is the first camera I’ve heard of that isn’t immediately noticed due to size or design.

How do you wear/use the camera?

Recording every day of my life has actually posed somewhat of a challenge when it comes to wearing and mounting the camera. I’ve actually bought a few more button down shirts that allow me to mount it sideways. And if I’m not wearing it on my shirt, it’s either attached to the strap of my back pack or sitting on a surface close by. (I prefer to keep it on a still surface so the pictures are stable.)

SEE ALSO:  Life with the Narrative Clip: An interview with Paula D.

What’s the most surprising and/or interesting photo you’ve gotten so far? 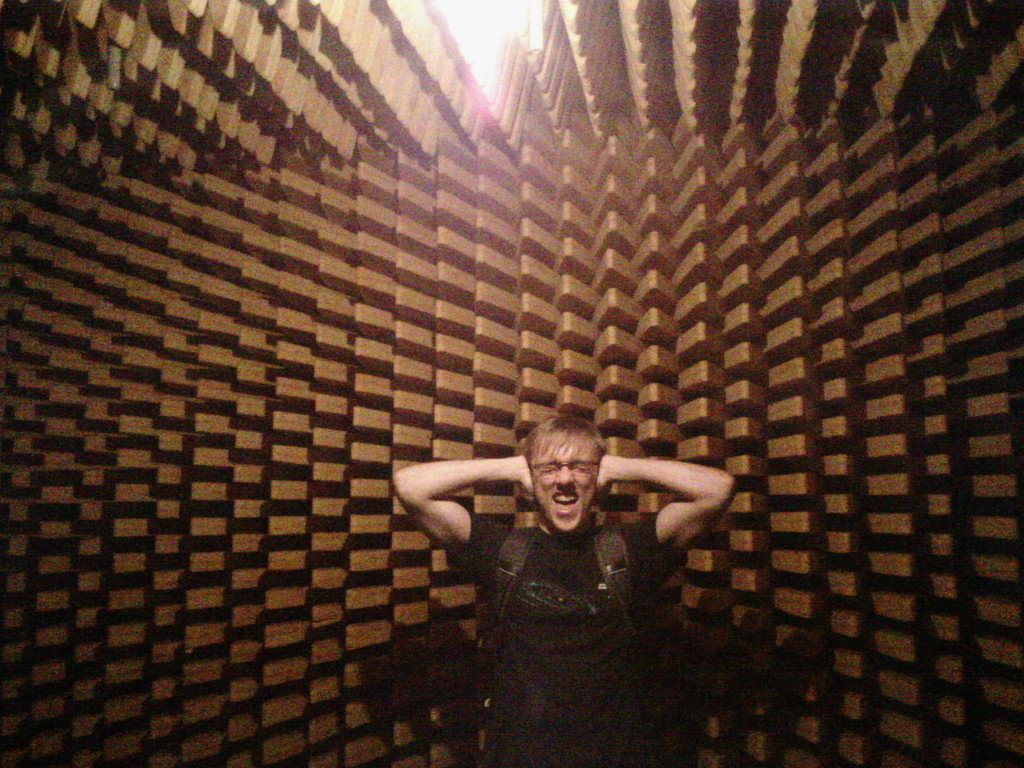 ​This was me in the anechoic chamber at our university.

Do you have any stories around how people react to the Clip?

At first I thought privacy would be a major issue with the people I know, but actually I’ve only received a few comments about it. Two of my three apartment mates think it’s a neat idea, and the other thinks it’s insane. I’ve also noticed that some people recognize the lens as a camera lens and stare at my chest while I talk to them.

What is the best moment you’ve captured with the Narrative Clip and why?
I don’t think I could single out a certain moment as my favorite. My intention for the camera is to record my whole life, so I would say I most appreciate the new perspective the Narrative gives me at all times. I’ve never seen time flow in this way before.

What’s a specific use case for your Narrative Clip that you’re looking forward to trying out?

I started with using sticky notes as portable mounts for the Narrative, but I’ve recently discovered that clocks are much more dynamic in-film. I’m going to experiment more with that effect.

What’s a feature(s) you’d really like to see added to the Narrative service in the future?

For my purposes, uploading all of my pictures to the cloud is nearly impossible. I would like to see better support for offline file management. I also wish the camera could take pictures in landscape orientation when I have the camera clipped vertically to the collars of my t-shirts.

I would just like to tell people how unique this opportunity is, finally in the year 2014, we humans have the technological capability to record – in high definition – nearly every conscious moment of our lives. But this isn’t just digital immortality. Watching the time-lapses I’ve made is like looking into God’s eyes and witnessing what he sees even when I wasn’t focused on the moment. You can literally watch your own life fly by in the form of the most epic time-lapse ever made, the time-lapse of your own existence.