Have you lost all that extra weight gained over the festive (feasting) season of Christmas, New Year and even the Lunar New Year that began last week? Fret not if you haven’t! With the trend of lifelogging and the quantified self gaining popularity, our digitally connected devices can begin to keep us accountable to the fitness resolutions we set just one month ago. As Forbes rightly points out, staying on this digital fitness track has been made possible because fitness tracking is going mainstream. Not only are devices such as the FitBit, Jawbone UP or Nike+ Fuelband readily available in the market, complementary products and services are helping us to make even better sense of the data collected. In addition, many of such fitness apps do instill healthy competition amongst our peers or family when there is a fitness leader board of some sort. Who doesn’t like to feed that little competitive soul we all have?

All at your fingertips 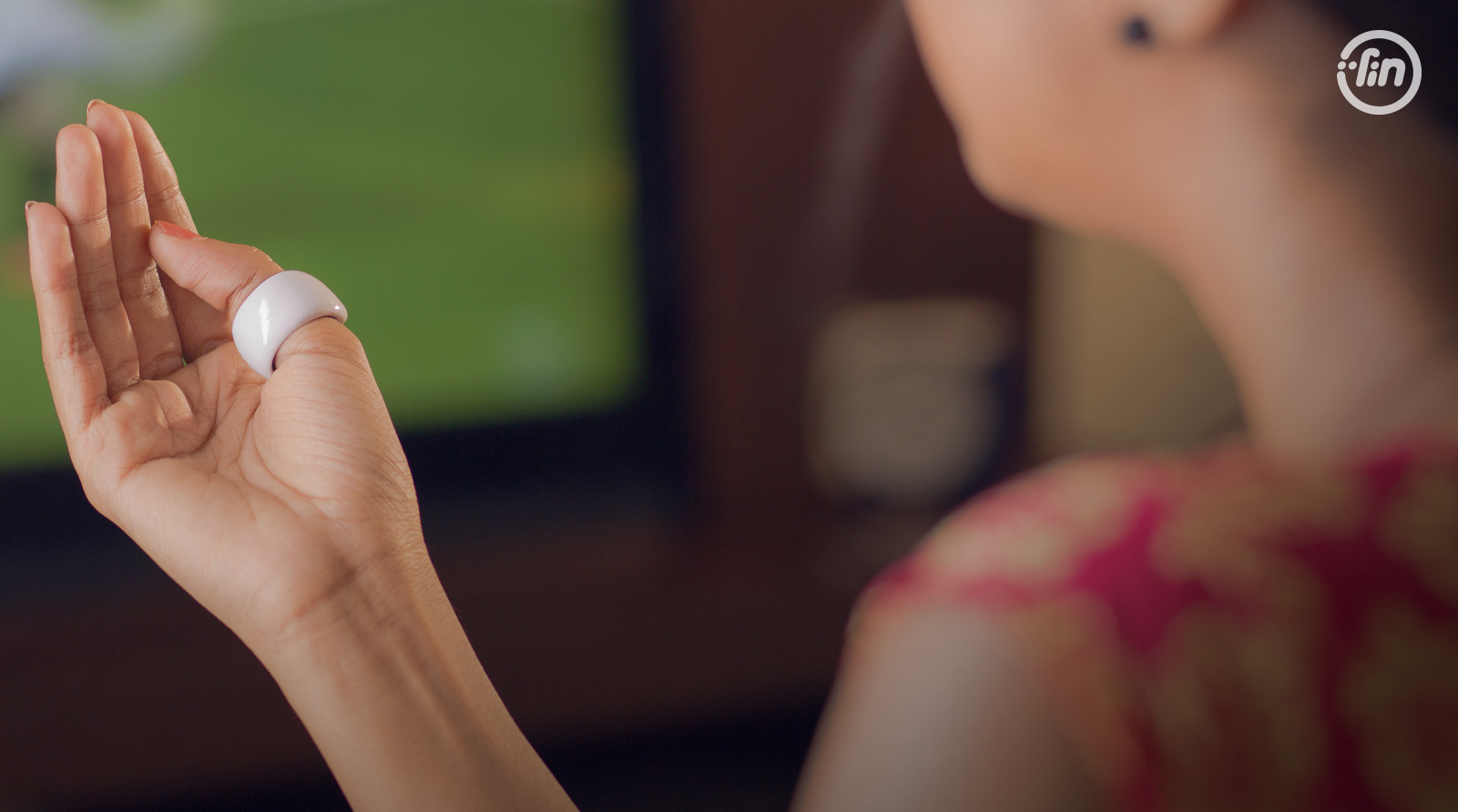 After working out and defeating all your loved ones to take first place in your fitness tracking apps, perhaps the one and only thing you’d like to do is lay in your couch, and well… do absolutely nothing. Good news! Fin lets you do just that. As a wearable transmitter that turns your palm into a touch interface, Fin enables users to control up to three devices such as smartphones, car radios and smart TVs using only swipes and taps. Just put on this ring-shaped device on your thumb, and you’re ready to lay in your couch to command your different devices using Bluetooth. The best part of Fin? Its amazing battery life that can last up to one month per charge. As use cases, the Fin team foresees Fin to be helpful for the visually challenged, for gamers since it could serve as a controller, and for fitness junkies who still want to access their phones on the go. With only 16 days left in their Indiegogo campaign, support them now if you’d like to see Fin become a reality!

Read more: Wearable Transmitter Turns Your Palm Into a Touch Interface and Is Wearable Tech Ready for the Red Carpet?

And if you’re more of a photographer than a fitness tracker when it comes to lifelogging, then perhaps you’d love to take a look at the shortlisted entries for the 2014 Sony World Photograph Awards. Selecting from 139,544 images from 166 countries, the judges found within the submissions many stories that force the viewer to find something surprising within the everyday life. From wildlife to architecture, or emotionally charged photographs to everyday rituals, one can only walk away in pure adoration for the skills of these photographers who managed to capture such beautiful moments. As part of the 2014 Sony World Photography Awards Exhibition, all shortlisted images will be presented at Somerset House, London, from 1-18 May. Interested? Click here to purchase your tickets today!

Tiny Batman takes on the world

It’s all about perspective. Perhaps to you, Batman is all ready to take on the world. All ready to charge into that house on Napoleon Street to save a damsel in distress. Or perhaps he’s returning home. Returning to that place of familiarity. Well, not quite so. The Batman we see above stands at merely 11 inches, and probably can’t save any damsel in distress in time with the tiniest steps he takes, nor reach for the door to enter this house. This series of photographs featuring a tiny Batman traveling all over the American Southwest, is part of Rémi Noël’s work, aimed at depicting a more isolated side of the Dark Knight. Now who says Batman has to be that big and bulky superhero? Take a slightly different perspective and you too can capture some amazing photographs depicting a totally opposite side of some of your favorite characters or people!

SEE ALSO:  How far would you go with wearable technology?